France has since the beginning of this year a heritage bill, which looks to protect mainly monuments. The Dutch ministry of Education, Culture and Science is preparing a heritage bill, which will offer a integral protection of the cultural heritage. The ministry has opened an internet site for institures, organisations and private people to comment on the proposed bill till July 14, 2014.


This bill brings together existing bills and regulations for the con- and preservation and management of cultural heritage in the Netherlands. This is an integral protection of our cultural heritage as possible. The new bill on cultural heritage in the Netherlands includes the Bill on Cultural Heritage Preservation and parts of the Monuments bill. In the Heritage bill the Dutch government imposes clearly how heritage is handled, who has what responsibilities and thereby how supervision is managed. Thus the government underlines the considerable social importance of a careful treatment of the different types of heritage in the country and its handling by the bill. The bill will also keep open the possibility of new heritage areas such as mobile heritage and digital heritage. The bill on Heritage is foreseen to come into effect in 2016.


Target groups affected by the new bill
Owners and users of cultural and heritage assets, (national) museums, managers of the national collection, archaeologists, staff, members and directors in the heritage sector, municipalities, provinces.


The Heritage bill aims at the following specific effects
• Decisions about alienating and cultural (sub) collections owned by the Central Government or municipal or provincial governments are bound to an independent expert opinion;

• Caring for the national collection anchored in the bill;
• Arranging the financing of museums for the management of the national collections in a structured manner;
• Require the Minister of Education to accept responsibility if the owner is no longer able to manage themselves cultural (sub) collections of high quality for the national collection;
• Expand opportunities to preserve cultural property protected for Netherlands by museums and individuals in case a protected cultural property in danger of disappearing or being sold abroad;
• Making the archaeological quality effective by introducing a system of statutory certification of archaeological excavation;
• The disruption of valuable shipwrecks better prevention by modifying the definitions of "archaeological heritage" and "digs";
• Treating equally the supervision of any person, who has taken responsibility for national museum collections or collections, where the government has taken responsibility for. 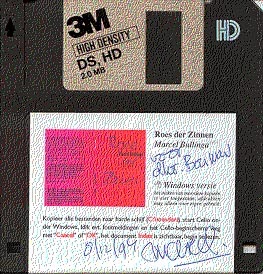 The Heritage bill will not only deal with monuments and archaeological artefacts, but is also open for new heritage areas such as mobile heritage and digital heritage. This reach into new heritage areas is interesting as for example digital heritage is presently not a protected part of a museum collection. Only the Amsterdam museum has the archive of the Digital City, the first public internet service, started in 1994. For the rest two foundations are dealing with computer heritage and telecom heritage. So far they have either restricted collections or inventories of devices by organisations or private collectors. So far these foundations have not dealt with cultural aspects. In fact, there is already a gap in digital heritage from 1980 till 1994. Only a few photographs and printed directories are left of the first public online service Viditel; there is no system left to simulate ‘sites’ in the videotex presentation protocol nor have laser discs, CD-ROMs and CD-I’s been collected or the first interactive novel of 1994 been preserved.