Today I closed my Dutch Hyves social network account. And today Vinton Cerf warns for walled gardens in the Guardian.
In 2007,  I had a long discussion with Xenia Maren Menzies (hi Xenia, do you remember) about the durability of FB. I told her to have an exit strategy in case FB would go bankrupt or in case you had enough of it or, in the worst case, you would die. Who would close the account, was the question. And now social networks are working on their own way to extinction. And that strategy is called: walled garden.
The term walled garden was often used in connection with AOL around 2000. AOL had started out as a consumer online organisation and had survived consumer services like The Source, Trintex and Delphi. By 2000 AOL had a strategy of keeping consumers in their garden. So they started to cooperate with all kind of news and game companies with the slogan: we are your one-stop shop. The social networks go into the same direction now. BUT I DO NOT WANT A ONE WAY SHOP.
So start reading the Guardian article Google evangelist warns Facebook could be the next AOL or IBM. The Google evangelist is Vinton Cerf who says Facebook's closed model risks it becoming a 'walled garden' unconnected from other networks and websites. On my FB page this link was offered by Professor Melissa Lee Price and also linked by Gyorgyi Retfalvi.
The article appears on the day that I have closed my Hyves social media page. Hyves is a Dutch social network, which is presently belonging to De Telegraaf. This newspaper publishing company bought the social network, when it was really over its commercial top. And presently it is panting and trying to catch up with other networks. Today Hyves launched a major overhaul, which prompted me to look at Hyves in general and to the persons profiles I link to. Then I compared the two networks and the list of profiles and noticed that I could find the profiles also on FB. So what was the extra on Hyves: a walled garden of a newspaper company? I decided that it was time to close my Hyves account and I did. I must compliment Hyves on this clean closing-off procedure. 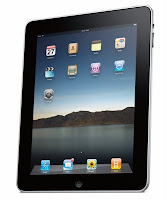 The members of the Dutch Senate have gone electronic from Tuesday September 13, 2011. From this day the members will receive all dossiers electronically on their iPad. It is a further step in their document flow. From 1994 the proceedings were published on internet already and since 1997 the Senate has its own website. The introduction of the iPad project will cost 150.000 euro and will pay itself back in saving retyping, paper and courier costs  in one year.

The electronic switch to iPads of Dutch Senate is unique for parliamentary sections  in Europe.  Many parliaments are digitising their document flow and putting documents on the web. But now all the memebers of the the Dutch Senate received an iPad for the reception of documents, for support during the meetings. It is expected that the device will even have an effect on the way Senators debate.
It is interesting to see the Dutch senate adopt the new device. The Dutch senate has an grey and dusty  image. Their average age is high, they meet one day a week. But now they are ahead of other parliamentary sections in Europe and even of the Dutch Second Chamber. As the Dutch Senate is smaller than the Second Chamber resp. 75 members versus 150 members it is easier to switch.

Last Monday, 6 September 2011, Joost Kist passed away. In his last function he was a vice CEO of the Dutch legal and medical publisher Wolters Kluwer. Before that he was a member of the Board of the publishing company Wolters-Noordhoff Samsom. He played an important part in bringing Wolters Samsom and Kluwer together, when Elsevier made a hostile attempt to incorporate Kluwer. So he played a part in the consolidation of the Dutch publishing companies forming a third conglomerate after Reed Elsevier and VNU. He also was instrumental in the internationalisation of the Dutch publishing companies. One of the first acquisitions in which he was involved, was Aspen Publishers in USA, a pioneer in databasing, clearing houses and information management.
He was involved  in setting up an international  host organisation in the early nineteeneighties. Samsom was at that time  printer and a publisher. Phototypesetting had already been introduced and tapes could be used to be entered into computer systems. Hat was the sign for Samsom Data Systems to start an international host system. From the start in 1981 SDS gave out 50 access codes. But they were not all paid accounts. By the autumn of 1982 there were 200 access codes, but the holders of these access codes were no heavy users. SDS costed 1 million Dutch florins (450.000 euro). To break even 100.000 connected hours should be made. But this goal was never reached. In December 1983 SDS crashed in a reorganisation. Mr Kist said that the service was temporarily closed. But the president of the Board, Mr C. van Brakel, said that the host adventure should have never been undertaken. 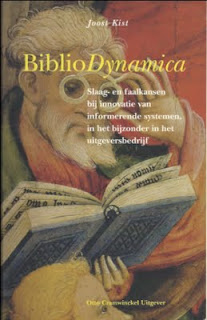 But besides being a smart executive, he showed a great passion for the changes in the publishing industry and especially for electronic publishing. As such he was one of the few executives in the publishing world taking a fundamental interest in studying the changes, the processes and the chain. In 1988 he published a book Electronic Publishing, looking for a blueprint. He attempted to define electronic publishing, mainly from the viewpoint of the process.
Having taken pension he started to work on his Ph.D. in information sciences, having already a degree in law.  As a 67-years old he took his Ph.D. at the University of Amsterdam in 1996 with his thesis Bibliodynamica a book about the success and failure factors for innovation of informative systems, especially in publishing. In this thesis of no less than 386 pages, he focussed on the full process from creation to consumer. Besides setting up a theory, he made 11 case studies of Dutch and international companies, services and products. Looking back, he struggled with the introduction of internet.
Up to his death Joost Kist was active writing, delivering speeches and presentations, searching for roadmaps in the new landscape.  I would have been eager to hear his reaction to my book.
BPN 1580
Gepost door Jak Boumans op 9:16 AM 0 reacties

Michael Hart has died on Tuesday September 6, 2011. He was 64 years of age.
Michael Hart was a student at the university of Illinois (USA). When he had a job at the computer department of the university in 1971, he was awarded computer hours for his efforts; these he could spent for his ow projects. According to the myth, he went to his room, set up his thinking cap and thought about a project to spend the computer hours. He did not wear his cap for long before finding his destination: e-books.
In the time frame computer departments worked with main-frames, computers as large as a room. Linked keyboards were used to type computer commands, which were represented on dumb terminals. Content was recorded on punch cards or punched taped. In this way Michael Hart started to key his first book. One restriction he put on the selection of the books: they should be in the public domain or copyright free.
For an American the choice was not difficult. He selected the Gettysburg Address, a speech by president Abraham Lincoln, calling on the states to form a united nation instead of a nation fragmented by state interests. According to the computer conventions of that time the text of the document was typed in capitals. (Coincidence: in the same year telecom engineer Roy Tomlinson forwarded the first e-mail with the @-sign. The content of this e-mail also was the Gettysburg Address and it also was typed in capitals. It has never been checked whether Roy used the copy of Michael.).
In 1987 Michael had copied more than 300 books like a monk, word by word. But then the internationalisation of the project Gutenberg took over and e-books augmented in numbers, but also in languages.  By 2011 more than 360.000 e-books in the public domain or copyright free are available for free.
BPN 1580
Gepost door Jak Boumans op 2:18 PM 0 reacties