On October 17 the German television station ARD broadcasted the interactive TV drama Terror - Ihr Urteil (Terror - Your judgment). It was a social experiment in in which viewers could vote on the outcome.

The drama is positioned as an ethical and constitutional dilemma. A plane hijacked by terrorists, is heading to a football stadium to crash there. In the plane 164 people sit and in the stadium 70,000 football supporters are present. In crisis talks it must be decided whether the plane should be shot down before it reaches the football stadium. An Air Force  major  chooses to bring down the plane with 164 persons and thus sacrificing  the lives of a small group of innocent civilians over against 70,000 football supporters. In a lawsuit by the State vs. the Air Force major a verdict is asked from the court. Viewers are invited to act as a jury, asking whether the major was right? Although the voting by phone and by computer did not go smoothly the majority of viewers in Germany voted in favour of the Major of acting correctly. Nevertheless, under German law he was convicted, as he had destroyed the lives of innocent passengers.

The drama contains references to terrorist acts and threats from the immediate past. In 9/11, the question was raised whether a fighter jet should be in the air to shoot down a hijacked plane that was heading for the Pentagon. Also, the reference to the attack on Stade de France in2015 is visible, while also a reference is made to the crashed plane flown by the depressed Lufthansa pilot in France.

The TV drama Terror - ihr Urteil is probably one of the few interactive TVdrama programs. Interactive is a big term as there was little drama activity, existing of the invitation to the viewer to be part of the jury. However the TV drama is a new step in the history of interactive drama.

This type of drama goes back to 1934 when in a US theater Ayn Rand gave the audience the part of the jury in a murder drama in the play Night of January 16th; the public could pronounce the guilty or not guilty verdict. Night of January 16th was staged in different versions and also made into a movie in 1941; later also radio and television version were made. 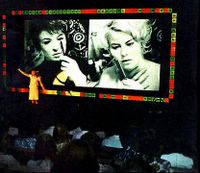 In 1967, at the Expo in Montreal a Czech film collective presented the Kinoautomat with the movie One Man and his jury. The film is about residents of an apartment, who do not get on  together well. A woman who took a shower, comes out to see who is at the door of the apartment and unfortunately closes the door of her apartment. Then she calls for help on her neighbor. Will she help, as the caller for help is just wrapped in a towel? Throughout the film the audience makes choices on a box with two buttons, option 1 or option 2, but in the end always the question is asked: will the neighbor help: yes or no. During the expo all group voted yes, except once – so the rumor has it - when the voting was done by a large group of nuns. This movie was made in the Czech Republic during the communistic regime and underlying this experiment was the satirical thesis of the film director that you can vote what you want, but the result remains always the same.

After the theater and movie experiments, Philips announced in the early nineties, the CD-i as the interactive medium, with which a user could make choices about a good or bad outcome. But CD-I lived to short in order to attract such a drama production for the medium. So far there have not been any signals yet on the internet of an interactive drama. However, the principle of making interactive choices has really taken off in the game world.
Gepost door Jak Boumans op 2:20 PM 1 reacties

WINNERS OF THE EUROPEAN YOUTH AWARD 2016

These are the category winners chosen by the Grand Jury in Cyprus in September 2016. The Grand Jury event was kindly hosted by The Republic of Cyprus and the Digital Champion Cyprus  and facilitated by by the Uclan Cyprus university. The event was supported by CYTA, MTN, European Commission, CITEA, Cablenet and PrimeTel as well as by the Council of Europe.

Special category: know-center_knowawardKnow Award
Winner: to be announced on October 19, 2016 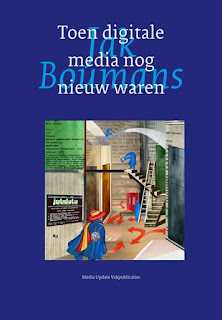