Yes, internet has a patron saint 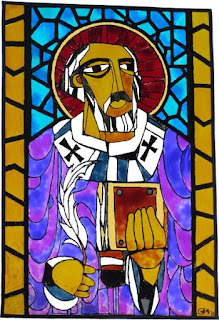 The Roman Catholic Church has a legion of canonized and fantasy saints; saints for any day and any event in life. Saint Isidore was canonized in 653 in Toledo as he was an example to Christians and non-Christians, played a role in the church as the bishop of Seville and he was a theologian and scholar. Pope John Paul II designated him, besides being already the patron of written and print products such as catalogues and libraries, in 2005 as the patron saint of the digital medium internet. He received this title for the encyclopaedic work he undertook by compiling a summa of universal knowledge, the Etymologiae. This encyclopaedia is better known as Origines and consists of a compilation of 448 chapters in 20 volumes. Personally I like this saint as I recognise resemblances with his life.

During the Fourth Council of Toledo in 633 Isidore ordered seminaries at the Spanish cathedrals. He made Greek, Hebrew and the liberal arts compulsory subjects there, while promoting law and medicine. I studied at  minor and major seminaries in my youth and was educated in Greek and Latin, philosophy and theology and graduated as a Master of Divinity (MDiv) from Notre Dame Seminary in New Orleans, La in 1970.

In 1980 I got into the new media business, first in online ASCII and videotext, later into offline media as magnetic and optical discs, until internet came about in the nineties. In online as well as in offline I remained interested in encyclopaedias such as the printed 21-volumes Academic American Encyclopaedia, which was turned into electronic products by Grolier and distributed online by The New York Times Information Bank, the Dow Jones News/Retrieval and Compuserve and offline on CD-ROM. As a Dutch native I saw with interest the publication of the Interactive Encyclopaedia on CD-I by Philips. IN 1994 internet came around in in 1994 as an all-round knowledge medium with search engines such as AltaVista and Yahoo, to be pushed aside by Google, which started in 1998 and by the free encyclopaedia Wikipedia in 2001. 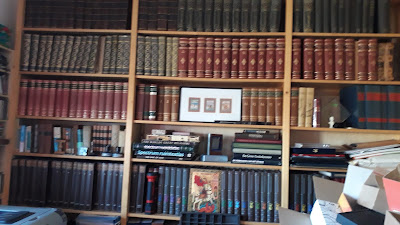 There is a lot of likeness between Isidore and me, but he is a saint and I am not. He is the patron saint of written and printed catalogues and print libraries and since this century of the digital medium internet. I am a  librarian of a knowledge wall of 20 printed multi-volumes encyclopaedias and a curator of pre-internet’s online streams such as ASCII, videotex and a depot of  some offline information carriers such as floppy discs, videodiscs, CD-ROMs and CD-I’s. 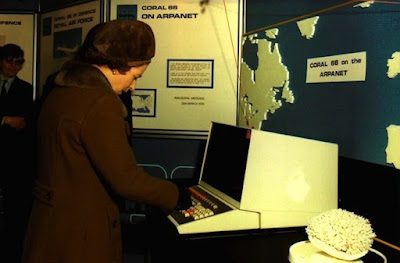 Today in 1976 the first royal e-mail was sent by the British Queen Elizabeth II. She visited the Royal Signals and Radar Establishment, the telecom research institute in Malvern, on the occasion of the use of the connection with the American ARPANET, the forerunner of the internet.

Engineer Peter Kirsten had created an email account with the username HME2 and prepared a message. The queen just needed to press a few buttons and the message was forwarded, Peter Kirsten recalled. Happily, a photograph was taken as a memory of this historical event.
Gepost door Jak Boumans op 9:00 AM 0 reacties