The big question is of course: Will the arrival of Google Play Store have much impact on the Dutch e-book market? In order to answer this question, we will have to look at the Dutch market for e-books. 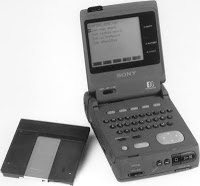 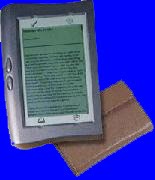 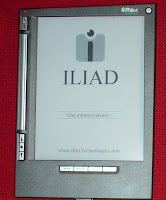 It has taken quite a while before the Dutch publishers and readers accepted e-books. The first Dutch e-books on mini-disks were produced for the Sony EBG in 1993. In 1997 the internet distribution was started. And with the sales of the e-Ink screens such as the Iliad of iRex from 2006 onwards, a new round started. By 2010 Dutch publishers started to get serious about e-books. Sony with its e-readers has been a driver in this new wave, while Kobo is now an upcoming favourite. And the turn-over of the e-books can now be measured.


In this e-book market Bol.com, part of the large food and non-food retailer Albert Heijn, sells 10 per cent in digital copies of all Dutch book sold. The web shop has also sold tens of thousands of Sony e-readers since May. Also the largest bookshop chain Polare (a new combination of Selexyz and the rams distributor De Slegte) registers 4,5 per cent of its online turn-over.


However the Dutch e-book market is a dwarf in comparison with English language countries like the US, Canada and UK. France is doing slightly better than The Netherlands, while Germany is on the same level as the Dutch market. As said before France has a competitive advantage as  its VAT is in the lower bracket, much to the chagrin of the European Commission.


It should also be noted that the acceptance of e-books in a country is not a question of acceptance by the readers only. Of course there are many ink addicts and they will only get smaller in numbers over the years. But also the publishers are still hesitant. They know the trade of printed books which have a fixed price in The Netherlands as well as many European countries.  Besides they see e-books still as cannibalisation of a cultural product. And of course, they are afraid of the pirating.


So operating from Luxembourg, having the advantage of a favourable VAT bracket, and serving the rest of fragmented Europe will be interesting for international companies like Amazon, iTunes and Google Play Shop.  Local retailers can play a part in this, but they will mainly get their turn-over out of print books.


But looking at the market of e-books, there are still three questions to be answered:
- E-books from the library;
- How long will the e-book still exist;
- How is the acceptance growing or translated how many e-books are pirated.


Stay tuned for the next posting. Or, if you can't wait, send in your messages about the end of the e-book and pirating.

In the first half of 2013 almost 800.000 e-books were sold in the Netherlands, good for 7,6 million euro; on average 9,50 euro per e-book. More than 80 per cent came out of fiction, while only a little bit more than a quarter of all Dutch language fiction titles are available as e-book.