I am fascinated by the new area opening up on the rights of robots. So far I have not thought about it that much. But it is interesting to explore the area of ethics and law for robots. This is really different ethics from the course I took at Notre Dame Seminary in New Orleans, La. (USA) in 1968. It looks like exploring a completely new terrain in ethics and law. It is not about ethics and law intended for humans, but do humans behave ethically over against robots and do robots have rights.
I have become interested in this field as my dear friend Christy Dena has been awarded Australia’s first ever digital writing residency to explore robot ethics at Queensland University of Technology's using high-end technology suites like The Cube, the world-leading, large scale, high-definition interactive display environment. She will be the creator of a project called Robot University.
This is the Facebook message she published today.
﻿

Christy Dena
Tomorrow morning (in Australia), I'll be on ABC radio talking a little about my "Robot University" project. The session is in interesting exploration of robots and their rights. The recording, and transcript, are online now. 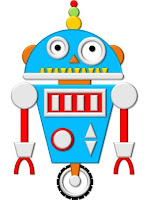 The broadcast company ABC has put out this blur for advertising the radio broadcast:

Seattle-based Peter Remine is ready for the day when robots become so intelligent they start demanding their rights. In fact, he’s even formed an organisation in preparation for that time. It’s called the American Society for the Prevention of Cruelty to Robots.

It might seem far-fetched at this stage, but robot ethics and the law is a growing field of study. It’s about their rights, it’s about our ethics and it’s also about liability.

The broadcast lasts 29 minutes and can be listened to or downloaded.
Gepost door Jak Boumans op 12:51 PM