BPN 1742: 30 Years of open internet in The Netherlands

Last week on November 17, it was 30 years, since The Netherlands as the first European country linked up to the open internet through the US National Science Foundation. An update of a blog posting of 17 November 2013 with the original permission e-mail and a video (subtitled in English) by CWI, the internet pioneer in The Netherlands 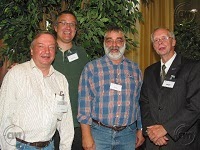 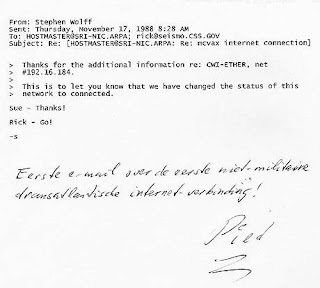