Something is changing in the e-reader scene. Plastic Logic e-book reader has now 3G. And even more newsworthy is the acquisition of E-Ink by PVI. What is going on in this world? 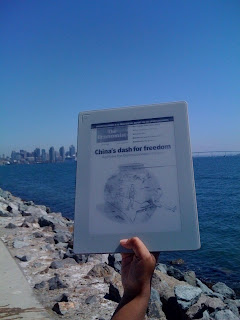 The news of Plastic Logic is not really breaking news. But after Kindle and the iLiad using 3G, it will mean that the business e-readers are going to compete on a plain level. The question will be of course whether Plastic Logic will make a special deal with a telecom provider like Kindle did with Sprint. The deal with Sprint has limited Kindle geographically to the States. Whether Plastic Logic will make an exclusive bundled deal with a telecom operator is not known. With such a deal you win some customers, but also loose some. It is like with the iPhone and T-Telecom. They have a worldwide deal for a half year exclusivity. And of course they sell the iPhone to Apple tifosi, but not to other people who do not like T-Telecom (yes T-Telecom there are people who do not like the bundled deals; it means no competition).

But the fact that Plastic Logis is going to have 3G, means that there will be competition in the market. iLiad was the first one with a telecom facility, followed by Kindle. Then iRex Technologies came back with the iRex 1000 series, of which the model 1000SW is equipped with a large screen and wireless. The Kindle is equipped with 3G and now Plastic Logic will be part of the competition with a large screen and 3G. So mark 2010 for the launch of Plastic Logic.

Really breaking news is the agreement of Prime View International (PVI) to acquire E Ink. PVI is a Taiwanees leading small and medium display provider and the world’s highest volume supplier of ePaper display modules. The production company is acquiring the laboratory company of digital paper. So research and production will now be in the hand of PVI.

I am wondering whether this is smart. In the first place the acquisition sum of 215 million US dollar is not impressive for an innovative company and certainly not for a market which will grow to over 20 million e-readers units by 2012. Secondly, PVI has now the research facility and the e-reader production facility in one hand, which will hinder the diversification of the product development. PVI and E-Ink worked already close for some years. PVI acquired the ePaper business of Philips Electronics and partnered with E Ink to provide displays for electronic books including the SONY Reader and the Amazon Kindle 2 and Kindle DX. 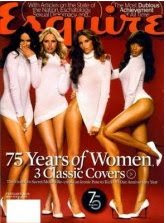