Presentation of the audio CD by Mr Sinjou holding up a vinyl record and a CD (© J. Sinjou)
On August 17, 1982 the first audio CD, Visitors by Abba, was pressed at the Philips factory in Langenhagen (Germany). The invention of the CD marked a step for the music industry, but a larger step for the information industry. For the music industry, the introduction of the audio CD was a switch from analogue to digital and a quality step with superior sound quality, scratch-free durability and portability of the product. But the audio CD also meant innovation in the digital entertainment industry, which ultimately led to the launch of the DVD and Blu-ray successor. And along the way, people were  taught multimedia skills. 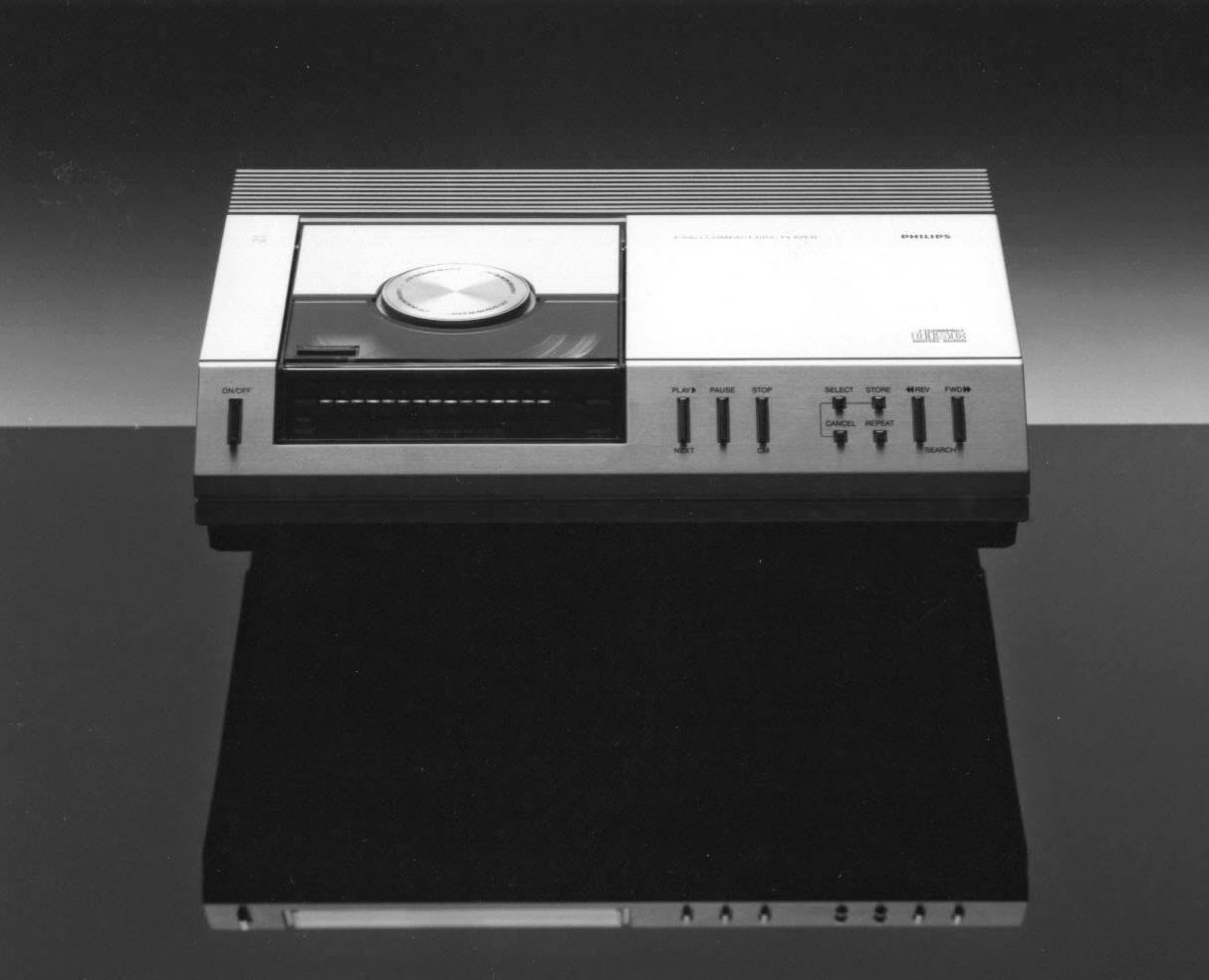 Philips CD player  (© Philips)
Philips and Sony were voluntary partners in the CD project. After the videodisc was rejected in favour of the VHS videotape by the consumer, the two consumer electronics manufacturers sat together with their engineers to design and specify a new optical audio disc. The initial storage capacity of the disc targeted a hour of audio content and a disc diameter of 115 mm. Eventually a span of 74 minutes was set, enough to listen to Beethoven's Ninth Symphony. Regarding the size of the hole in the disk the engineers easily agreed: it would be as big as a Dutch dime coin. In 1980 the new standard of the CD was recorded in the Red Book. 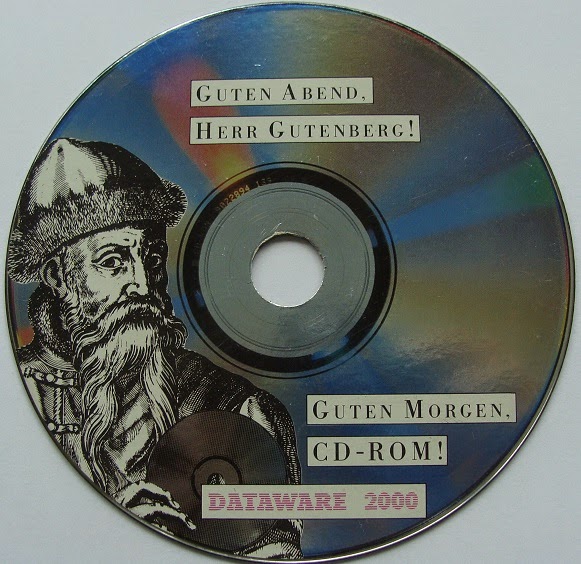 In the wake of the success of the optical audio disc Philips and Sony developed in 1984, a compact disk for data, the CD-ROM (Compact Disc - Read Only Memory). The disk had a storage capacity of 600Mb and became an attractive substitute for online. The CD-ROM was in fact packaged bandwidth on the one hand and a mega book on the other hand.


CD-ROM technology proved to be a temporary disruptive technology. In particular, the scientific online information viewed the phenomenon CD-ROM with the necessary suspicion. These services consisting of primarily textual information, especially ASCII databases, saw the optical disk as an attack on their services. Would online be for latest information and CD-ROM for less timely information? 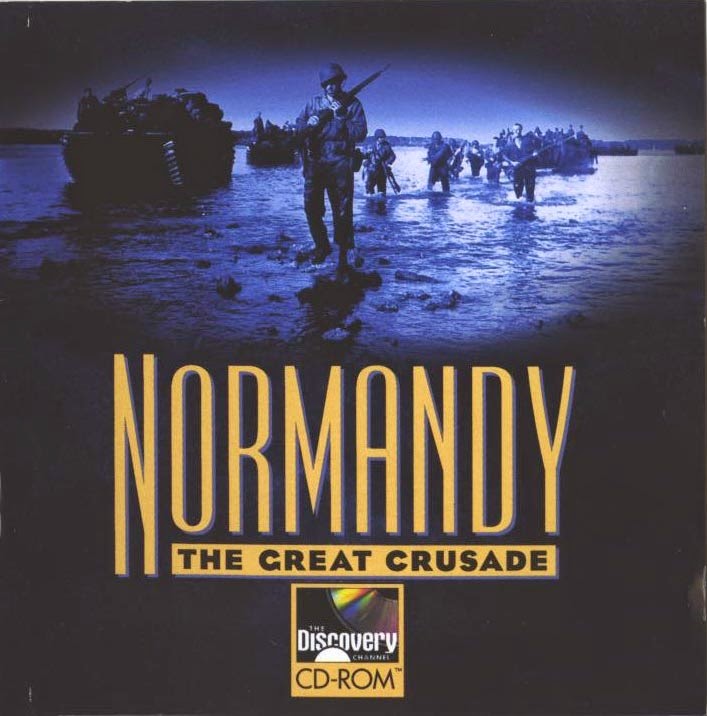 This led to a technological format struggle within the data compact disc world. About the CD-ROM format the industry was quick to agree; in an unusually short time for standardization procedures an industry standard was created (High Sierra), followed by ISO standard 9660. But with the potential of multimedia consumer electronic manufacturers saw market opportunities for living room products. Most had little chance of survival. 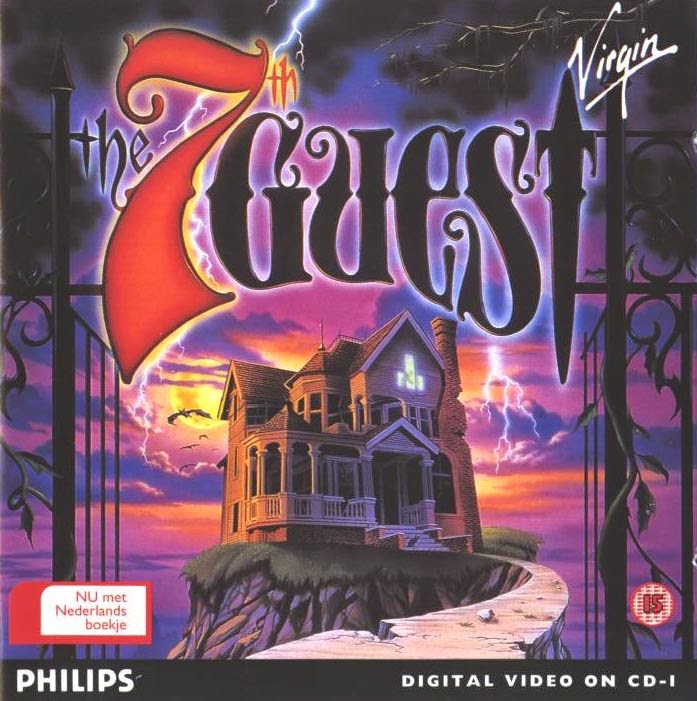 Box cover (©  photograph Collection Jak Boumans, CD property of Collection Jak Boumans)
The greatest confusion in the multimedia formats was created by Philips. Philips started to develop the compact disc interactive (CD-I) as a format that was to bring living room entertainment such as movies, games and documentaries. Philips CD-i set up even a publishing company for consumer titles. At the same time Sony created the electronic book, consisting of an electronic reader and a mini-disc of 200Mb. But the interest worldwide was not great and by 1966 the product was off the market again, except for Japan. 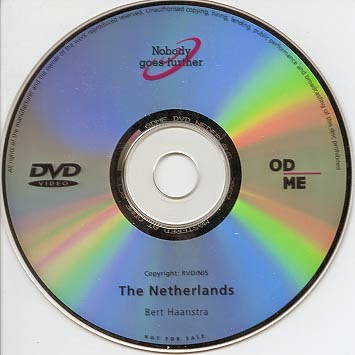 A prototype DVD as movie carrier with The Netherlands, a movie by Bert Haanstra, 1996 (©  photograph Collection Jak Boumans, CD property of Collection Jak Boumans)
The CD-ROM, however, did not really disappear from view. The commercial CD-ROM products, text or multimedia did as the bandwidth did increase fast.  CD-ROM is still a carrier of software and personal archive material. The CD-i eventually became the forerunner of the Digital Video Disc (DVD). By 2000 CD media tapered off as online came back into full force with the introduction of the Internet for consumers. Interactive games, movies and music were distributed through internet.
Gepost door Jak Boumans op 12:30 AM