On August 17, 1982 the first audio compact disc was pressed, presenting the music album Visitors by Abba. The success of the audio CD would set the development of various data CDs in motion such as the CD-ROM, CD-I electronic book, DVD and Blu-ray. By 2004 CD media were not en vogue any longer as internet had taken over thanks to the growing capacity of broadband.


In 1984 CD-ROM started to battle Pre-internet online on storage capacity, defeating the slow telecom speed and small storage capacity of the PC’s hard disc. But by 2004 this battle was over as internet, broadband capacity and storage capacity were on the rise. The era between 1982 and 2004 had proven to be an ice age in online.


Looking back at this ice age, the question can be asked whether there are still left any worthwhile digital heritage gems of that period. Of course it's not so long ago, so there must be some digital artifacts around. And the next question is whether they are representative for that digital ice age and worthwhile to be saved?


In order to talk about artefacts an inventory will have to be produced. In the ninenties the TFPL CD-ROM and multimedia CD-ROM Directory was published by MacMillan. It gave an international overview of CD Media titles. The directory has not been  available after 1996. Of course a national library and National Archive might have done some inventory work or even collected some artefacts. In the Netherlands the Royal Library has an e-Depot and the National Archive has a small collection, it seems. The question is of course what did they actively collect. In the Netherlands Electronic Media Reporting compiled the List Optical Media  in the beginning of the nineties and published a quarterly report for two years in cooperation with the Dutch Association of Information Service Providers (NVI). These lists are currently being processed for the database of Collection Jak Boumans. In short, there will be a few snapshots available, but not a systematic index to optical media.


Ad a. Technology. In technology, all artifacts from videodisc to DVD-ROM interesting. CD-i Video, DVD Video and Blu-ray are not interesting since these media usually optical carriers for film. Most interesting are the productions which can be played out on different machines. Elsevier Science produced Interactive Anatomy as CD-I and CD-ROM versions on one disc.


Ad b. Environment. Would be a minimum in each of the three sectors, a minimum of production need to be in order to show how the media were like in various environments. With a few examples preserved Interestingly, with this criterion, the discs produced for the cultural sector by publishers and museums.


Ad d. Type heritage. Digitisation started out from copying text productions. For example, the first mini-discs with electronic books produced were mostly directories and dictionaries. Instead of searching through the alphabet, search engines had been built in these productions. This is digitized heritage. Later these text productions were embellished with photographs, drawings, videos and sound clips. Although DVD Video is not so interesting, the 1995 trial production of ODME DVD with the film The Netherlands by Bert Haanstra remains unique as a precursor of DVD and Blu-ray. 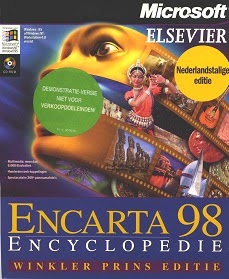 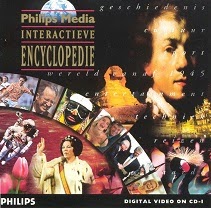 When multimedia came en vogue the number of born-digital heritage artefacts increased. In science multimedia was by Elsevier Science for an interactive approach to anatomy. Moreover, some CD-ROM productions have become precursors of  internet sites like Escher Interactive. Even combinations of online and CD-ROM were made. For the exhibition of Hieronymus Bosch in Museum Boijmans Van Beunigen in Rotterdam in 2001 an online website (www.boschuniverse.com) was developed by ZappWork and on a CD-ROM for schools a game by V2. 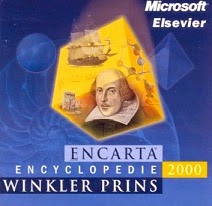 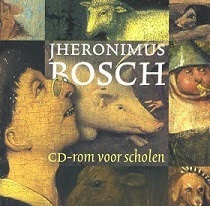 The examples above are CD productions which could qualify according to the criteria above for Dutch heritage artefacts of the digital ice age.
Gepost door Jak Boumans op 12:30 AM