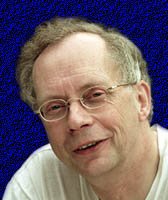 Today it exactly 20 years ago that the first Dutch internet domain name was registered. From April 25, 1986 CWI, a Dutch research institute for Mathematics and Informatics took care of administrating the NL top level domain. This first country domain was registered by the godfather of .nl Piet Beertema (CWI), who played a central role within EUnet - the predecessor of the European Internet. The first domain he registered was of course CWI. Beertema managed the .nl domain register for ten years. Due to the explosive growth of the number of domains, the task became too vast for one person.

In the first years the rules for applying for a .nl domain were strict. Domain names were only given out to organisations, which could only claim one domain per organisation. The fear was that domains would otherwise become scarce.

In 1996, the Stichting Internet Domeinregistratie Nederland (SIDN) was founded, which took over Beertema's registration work in January 1997. After that, Beertema became a board member of the foundation. SIDN was one of the first official organisations certified to handle the domain names. These days, SIDN has 2000 participants, who are brokering between applicants and SIDN. These participants are companies delivering internet access and hosting, multimenationals, trade mark bureaus and ad agencies.

As with other domain registrars, SIDN is confronted with illegal moving of domain names. In 2005 only 737 domain names were illegally moved to another host and again undone by SIDN on a total of 125.515 domain moves. That is only 0,6 percent. Also 54.557 domain names moved to a new owner; in 68 cases SIDN had to undo the move. Mid-2006 the registration system will be improved.