In my last blogpost I was telling you about the activities coming up this year. But I forgot a very important milestone. This year, 2007, it is 30 years ago that online was really started as a business. Of course online was already on its way to an industry in the USA and Europe with database service like Dialog and SDC, but it was not seen as an industry yet. In order to be taken seriously, an industry needs a magazine, a conference and an association. And all this happened in 1977. 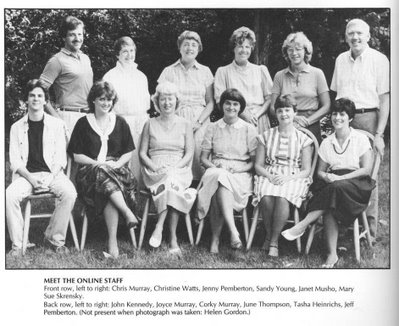 In that year Jeff and Jenny Pemberton started in the USA their Online Inc company, which started to publish the magazine Online and later on Database. Besides the magazines they organised the Online conferences. I got in touch with Online Inc. through Jean-Paul Emard who was the editor-in-chief of Online magazine, telling him that he should also cover European online events and developments. He invited me to start writing for the magazine. And I did with a lot of pleasure. In this way I got involved in the Online Chronicle, a bi-weekly online magazine on the online industry. But Jean-Paul left Online Inc. for a company in Washington, and I got in contact with June Thompson, the magazine manager. She invited me to the Online Conference in New York in new York. What a pleasure it was; I am still in contact with her (in fact I again received right on the spot a birthday card from her from Orange, Fla. today) and with other people of that time such as Nancy Garman, Marydee Ojala and Sjoerd Vogt. The online Chronicle eventually led me to the idea of a daily online computer magazine, IDB Online, for VNU Business Publications in London (UK). In the nineties Online Inc. was sold to Information Today.

In Europe in the same year Learned Information started an online magazine Online Information and an annual conference, the Online Conference in London. The idea came from Roger Bilboul and Harry Collier, presently president of Infornortics Ltd. The magazine was launched and in December 1977 the first Online Conference was held in the Hammersmith Novotel in London. It was an instant success as the organisers aimed at intermediaries and progressive online librarians. Whatever was left of their annual budget was spent in at the Online Conference and where spent it better than in the London Christmas atmosphere. I was in 1979 at the conference for the first time and I spoke on it several times like in 1984 and 1985.

But the online fever did not concern only the continents. In the Netherlands we had a group of intermediaries and progressive librarians, who used online for searching databases. The cybernauts, as I like to call them, were working for international companies like Shell and DSM as well as academic libraries. They started up the association VOGIN in 1977. Besides straightening out problems with the state-owned telecom company, they started online courses or how to become a terminal machinist. In 1980 they composed a teaching manual, which I was asked to publish. The course still exists. The association is no longer an independent association as they fled into the arms of the librarians’ association in 1995 and were not willing to take up responsibility to educate the upcoming internet generation.

In 1977 I was working for Kluwer’s Reference Department and involved in content management (in those days we called it text management). We worked with a terminal between Utrecht and Deventer. Kluwer was just starting up in 1977 its legal database service. So we had an idea of online, but were not connected at that time to the online world. By 1979 I was working for VNU Database Publishing International and in December 1979 we went to the Online Conference in London with the new team, lead by Jay Curry, the father of the dj and ipod godfather Adam Curry. 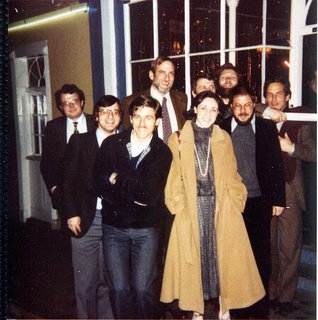 
So 2007 will be a jubilee year. I know that Information Today, the successor to Online Inc. will have a jubilee edition at the end of January. And if business turns out well in 2007, I should visit the Online Conference in December 2007 for goodtimes’sake.