The Almere City Archives Department has put together the exhibition Water-Polder-Weerwater (lake in the center of the city).  By means of photographs, design sketches and letters from the collection of the city archive, the special history of the polder, Almere and the Weerwater is told. The exhibition, in Dutch and English, especially for Floriade visitors, can be seen from July 1st to December 2022.

The name Weerwater explained: When you put the press release through translation software, Weerwater is translated as Weatherwater. But this is not the proper translation. Weerwater means Water again. The city arose from the water of the IJsselmeer in a polder. And in the city a lake was created, so there was water again.

Water-Polder-Weerwater shows step-by-step how in the 1960s land was reclaimed from the water of the IJsselmeer and how, in the middle of the just-drained polder, a lake was created. How do you actually create a polder? And why a lake in the middle of the city?  The exhibition also takes a look at the primeval forest and the Weerwater Island on the Floriade grounds, as well as future developments around the Weerwater. The exhibition also unravels the story of why the Weerwater is not called Central Lake or Placenta. 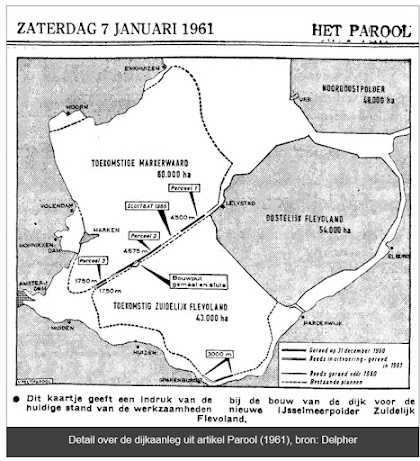 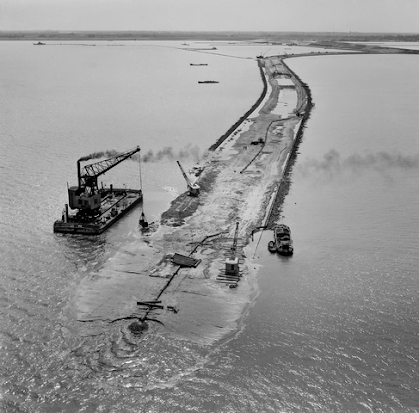 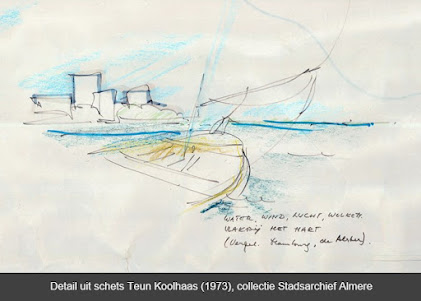 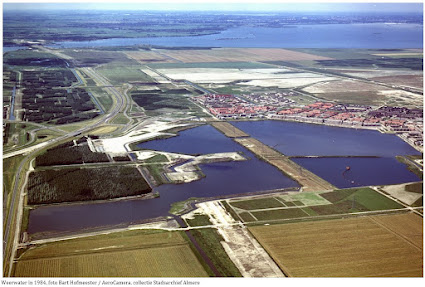 During the preparation of Water-Polder-Weerwater, special design sketches by urban planner Teun Koolhaas from 1973 were rediscovered in the archives of the City Archives Department. In addition to a large number of sources from the collection of the city archive, the exhibition also includes photographs from the Flevolands Archief, newspaper archive Delpher, the Bart Hofmeester/AeroCamera archive and Het Nieuwe Instituut (.Museum for Architecture, Design and Digital Culture, where the National Collection for Dutch Architecture and Urban Planning is being preserved).

Water-Polder-Weerwater is aimed at Almere residents who want to know more about the history of their city and at (Floriade) visitors who may not realise that they are walking and travelling on the former seabed of the IJsselmeer. On the wall of Stadsarchief Almere there will be a mark indicating how high the water would be without the dikes.

The exhibition and the accompanying brochure (32p) are bilingual  in Dutch and English. The exhibition is also accompanied by two videos with teh City's godfather Paul de Maar, policy officer , city ecologist Annemiek Eggenhuizen and researcher/artist Krijn Christiaansen.

Information on the exhibition and venue

Opening times: The Water-Polder-Water exhibition is open from 1 July to December 2022 on Wednesday, Thursday and Friday from 13.00 - 17.00 and on request at the City Archives venue, Stadhuispromenade 2, 1315 XP Almere, opposite Stadhuis, left side under the library.

Visit stadsarchief.almere.nl/weerwater for more information and current opening hours. Eventually the exhibition will be available online.