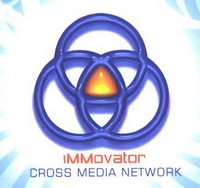 The hall was packed with some 350 people last night. They had come for the Cross Media Café of the iMMovator Cross Media Network, an incubator or accelerator network in Hilversum, the broadcast city of the Netherlands. They all had been attracted by the title of the discussion: Making money with Cross Media. (Old hands know in the meantime that this type of title states an ideal to strive after, but that it does not reflect the state of art of business reality).

For the discussion three panellists had been invited: one from the print world, the newspaper De Telegraaf, and two from commercial broadcasting companies, RTL Netherlands and Endemol. No representative from the public broadcast stations was behind the table.

Michiel van der Meer, manager of the online classified section Speurders.nl of the daily newspaper De Telegraaf, was fast in putting down the realities in the Netherlands by saying that Marktplaats.nl, the Dutch company bought by eBay for some 300 million euro, had a turn-over of 12 million euro annually. The print section of the classified ads was still good for 30 million euro annually. In other words, the time window for the newspaper to get into internet and start competing with newcomers in the classified market is still open. De Telegraaf.nl, the online companion of the print edition of De Telegraaf, the largest distributed daily in The Netherlands, was beyond a break-even point after nine years of operation. Fifteen months ago the Speurders section had been brought online. So far 3 million euro had been poured into the setting up of online classified ad exercise and it had only delivered 1 million in return in 2005. So far Speurders had aimed at market share and the section had gained 20 per cent. To make the site more attractive De Telegraaf was experimenting with video, not only for the newspaper site but also for the classified ad section.

The two representatives from the commercial broadcast stations were also charging away. Peter op de Beek, director RTL the Netherlands interactive, indicated that to him Teletext/Ceefax was the best cross media application in terms of turn-over and market range. RTL the Netherlands is active in moving from television programming to cross media. RTL has in the Netherlands now 230 sites, but it is clear that it is making more money with SMS/texting. It has bought a 50 per cent share in a SMS company and can keep control over the traffic. In program formats like Idols much material is used on internet and never shown on television. But the money is made with voting in rounds. With some envy he indicated that MTV was at present the most cross media broadcast company, earning 50 per cent from ads and 50 per cent from cross media activities such as internet, SMS, but also events.

Dick de Graaf, commercial director of Endemol, made it very clear that next year a lot of cross media activity will take place and that the commercial broadcast companies have two to three years to get their business models right. By that time the commercial broadcast companies will get 30 per cent out of cross media in their total turn-over. He agreed that for the time being SMS/texting was a money maker. The recent TV program Domino Day had generated no less than 1,2 million textmessages times 0,80 eurocents. But he expected a lot from 3G television. Presently 3G is a negligible factor. Although the fact that the mobile company Vodafone is putting a lot of effort in mobile television, there are only 7 to 8000 UMTS subscribers in the Netherlands at present. He hoped the number of subscribers would go up in two to three years. It is clear that he is putting his hope on 3G and less on internet, but he will need some millions of subscribers to make it an interesting business case. I am afraid that De Graaf is rather optimistic about 3G.
Gepost door Jak Boumans op 11:04 AM