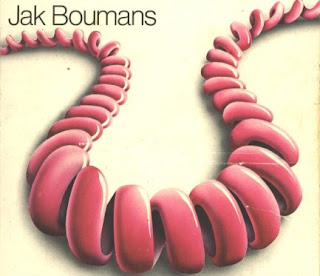 Videotex as created by the British Post Office started to promote the system around the world, but it also sparked variations on the system. The rush for a consumer system was on. Although the PC had come to the market being pushed by the company Hewlett & Packard (HP) and by the newcomer Apple, it had not gained speed as a consumer product. So the was still a window for a television oriented text service for residential (left) and professional (right) use. 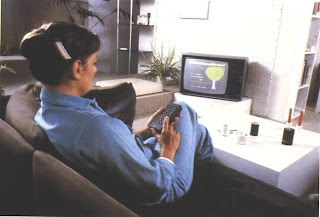 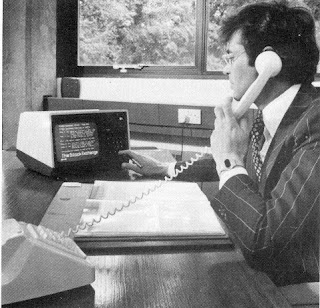 USA
The British Prestel system was migrated and adopted to the American television system. The American government department of Agriculture and Trade initiated a 16 month long pilot in the state of Kentucky under the name Green Thumb. Another trial, with a different system, was held in the region of Miami by the newspaper conglomerate Knight-Ridder. Both projects were discontinued with the rise of information services like The Source and Compuserve as reason.

Japan
In Japan a trial was started in 1978 with a system, dubbed Captain (Character And pattern Telephone Access Information Work). 1.000 devices, ready to receive text, were handed out. The information was sent out from a central system through the telephone line to the consumer’s device. The television set had a decoder with a memory of 64k. the screen pages existed of only 8 rules with 15 symbols. The Captain system could handle the Roman alphabet as well as the Kanji, Hirangana and Katakana symbol set. The trial involved a daily newspaper.

Canada
In 1979 Canada showed its own videotex system, dubbed Telidon. Over the British Prestel system, the Telidon system had as advantage that it had more graphical opportunities. Instead of a mosaic only having six small squares like in the British Prestel system, the Telidon letters and symbols were made up with points. A car wheels would be less square in Canada than in Britain. The Canadian trial lasted from 1979 till 1982. During the trial 100.000 pages were entered. The trial encompassed ca. 1.000Bell Canada paid the experiment.

The Netherlands
The British videotex system was shown in the Netherlands in 1976 during a conference of cable operators during a secret meeting. By 1978 the Dutch PTT announced that it was going to introduce the Prestel system. The Dutch publisher VNU tried to reach a deal with the Dutch PTT in order to control the consumer and professional market, but the Dutch PTT got out from under this agreement. On August 7, 1980 the Dutch PTT started the videotext service, dubbed Viditel (I see from afar). One year later VNU got its videotext computer, but never was able to make it profitable with professional services. In order to get a better penetration for videotex, VNU started Ditzitel, a project with videotex technology but with cable transmission instead of telephone. Ditzitel never got the technology right, but by the end of the eighties the technology was operationel. 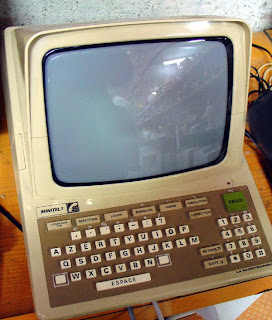 France had a different point of departure. The country needed a new telephone network. Plans for this were put on paper in 1975. But it became not only a technical specification of a network, but the paper also contained ideas about information services. The Centre National d’Etudes de Télécommunication (CNET) developed a terminal under the codename TICTAC (Terminal Intégré Comportant un Téléviseur et l’Appel au Clavier), which later on became known as Minitel. In order to stimulate the use, a program for free distribution of 1 million Minitels was set up. But the French PTT also thought about content. It planned to replace the printed regional directories with a total of 34 million telephone numbers by an electronic directory, with the advantages of 24 hours availability and the passing out of the print edition. The electronic directory was launched in 1981.
The French videotext system Télétel became a success. This is often ascribed to the free handing out of the terminals Minitel to stimulate the use of the telephone directory. But not all Minitels were free. The success can rather be attributed to the distributed network organisation, to which information providers could hook up, and the freedom of information providers using the distributed network.
The French Télétel/Minitel became a success with millions of Minitels around. They generated millions of online connected minutes, amongst others with sex messages via the messagerie rose, the pink e-mail service.
Next Previous
Blog Posting Number: 1222