It is another milestone today. I have posted 1250 posting on 1250 consecutive days, which is roughly 3,25 years. One of the shortlist subjects has been game and seniors. Recently I found a Dutch (language) report on the subject written by Yvonne Woldberg, a student at the Utrecht University. She asked herself: how do seniors experience digital games and how does this match the way the game industry approaches them. She supposed that there was a dichotomy between gaming seniors and the game industry.

In order to get insight in this thesis she did desk research and interviews with three marketing employees in the gaming industry. To get an impression of the seniors, she held seven interviews with gamin young seniors and a web survey among 400+ gaming seniors on Seniorweb. She approached the game experience from the concept of game wisdom and refers to knowledge, skills and mentality; characteristics for the relationship between games, gamers and game industry.

The relationship between the gaming senior and the gaming industry is a love-hate relationship. The gaming industry has a negative imago about gaming seniors and the gaming seniors play their game but do not consider themselves to be real gamers, as gaming is something for young people. This imago is strengthened by the fact that gaming seniors mainly play casual games. But the casual game does not make the senior in a casual gamer by definition, as many seniors play the games in the hardcore way; many times, for long and with devotion. So this is a problem for the industry attempting to establish segmentation. Besides, making the games more accessible would help to break down the dichotomy between casual and hardcore. 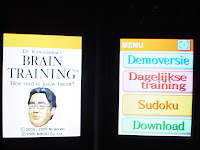 The author offers two conclusions to the research. Terms like game, gamer and game industry should be defined broader. More attention should be paid to casual games as they have the potency to transform the negative imago of force and addiction into a game culture in which people of both sexes, of all ages and with gaming habits and preferences find their place. This recommendation is already being practiced by Nintendo in their advertisements for Wii and their Brain games. But also Zylom, a casual games company, has already games for senior women and attracts them with advertisements directed to the target group. Gaming should become a social activity which is accessible for everyone and which delivers pleasure.
Using the concept of game wisdom the author pleads also to start another approach to the research in game experience by recognising the influence of broader (social) contexts. With more quantitative and qualitative research in knowledge, skills and mentality of gamers over against games, gamers and game culture a better exchange between producer and consumer should achieved.

The study is worth while a read, but is sadly enough in the Dutch language. It also used the typical concept of media wisdom; a concept fashionable in The Netherlands since the Dutch government established a centre for media wisdom. I have already loathed the term media wisdom and indicated that I rather prefer media literacy (in line with computer literacy; can you imagine the term computer wisdom!) or media versatility. I – as a senior - personally would prefer the term game literacy, for in order to reach the stage of game wisdom, you need game education.