A week or so ago, I saw a photograph of an old acquaintance in the Dutch financial daily FD. In an article about Antwerp René van den Bichelaer was featured as a guide for the city, to which he moved in 1997.

When I met René in 1993, he was a successful entrepreneur who had just sold his company in street furniture, such as lights, seats and benches but also full concepts for railway and bus stations, which was revolutionary at that time. At the same time he bought a multimedia development company CODIM. It was a rather new company, which was producing Compact Disc Interactive (CD-i).
It was early days for that medium. Philips had launched it in November 1991 in New York and a year later in Europe. It had set up a publishing company and an association for producers. The publishing company gave also assignments to producers. 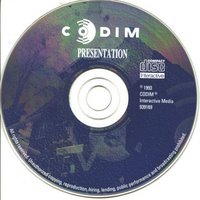 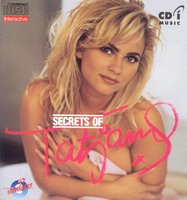 The direction of CD-I was unclear. On the one hand it was clear that it was living room equipment as the player was linked up to the television. On the other hand it was educational tool, as it was seen as a miniature laser disk. The title production for the living room covered the whole range of categories from games to movies, from encyclopedias to documentaries. In fact, CD-I was the precursor of DVD.

For the producers it was not easy to start up a production with their own investment. Investment companies were shy, as it was a Philips/Sony product and a competitor to the CD-ROM, which was supported by Microsoft, Digital and Apple. The figures about the number of players in the market were not to be trusted, as they always were blown up; besides, the authoring software was not exactly cheap. The only real scale of economy feature was the CD multiplication, as it was the same process of audio CD replication. So René took the initiative to have a Dutch producers’ association, VOCP.

CODIM made quite some CD-I productions; by 1996 it was all over. But the company had understood the signs of the time and started to produce CD-ROMs and internet sites. In 2004 the company was sold to iSM eCompany, a full service internet bureau.