The presentation by Osama Manzar for the Bahrain Internet Society (BIS) became stark reality when he started to show photographs of projects in India. It was the site like toehold.india.com and tilonia.com, which now sells resp. local slippers worldwide and textiles like scarfs. It is an example of social entrepreneurship with local skills which can be sold nationally and globally.

I was most impressed by the Barefoot College. The college comprises a number of down to earth activities. It is not a real academic college, but it helps people in many ways. It has a number of ICT centers, where people can internet and transfer money. They can also go there to see how there online business with local products is doing. The college has also a group of internationally acclaimed puppeteers. The puppets are handmade and used for performances but also sold through the internet.
But the Barefoot College has also a testing center for soil and water testing, purifying and it manages its own treatment plant. It even set up the site Neerjaal with all the information they have built up at the Barefoot College over the years. 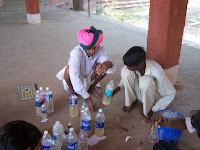 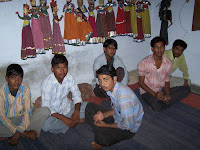 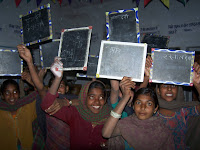 A real touching story is that of the special educational program for girls. As Indian boys are supposed to learn, girls will have to keep watch over animals during the day. In order to offer them an opportunity to learn, Night School has been instituted from 6 pm to 9 pm in a school which is powered with solar facilities. 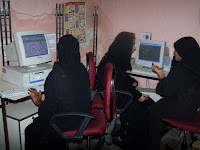 But also outside the Barefoot College special programs for girls are undertaken with social entrepreneurship. There is for example a job creation program in which girls with hardly any education are trained to produce cartoons for print and movies. 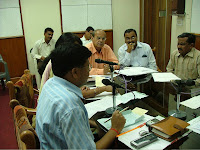 Also interesting is the community radio, assisted by mobile and telephone. It is used for example by a district official to take note of grievances and redress them. People can call him during the radio sessions and he indicates what he is going to do for the callers. 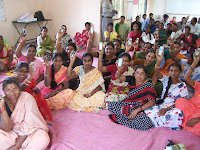 And I love the All@Mobile project. The project is a project in which people use mobiles, but in a specific way. In order to avoid high costs of speaking with each other, the people have made a coding scheme. Giving someone one ring can just mean I am at home. Two rings might mean I am leaving. In the All@Mobile project people learn to avoid high costs for the use of the mobile. I can remember this scheme with the collect calls in the US. 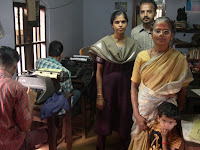 It was a fascinating collection of activities that are happening in India. They are not all ICT projects though. For example in Malappuram in Kerala two generations of a family have been running a Center, where traditional the Remington Type machine is still bigger business than the computer center.