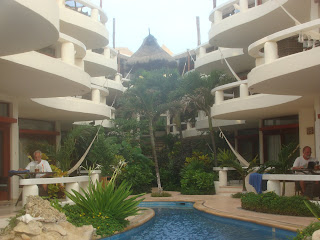 After all the events in Monterrey, Mexico, I flew down to Cancun, Mexico, or more precise in Playa del Carmen, a beautiful beach resort, for a holiday break. Normally, I would not write about my holidays. But I see something happening, which is becoming part of the digital lifestyle.

Wifi has become commonly available in hotels. These have different policies regarding this phenomenon. In Finland free wifi has become part and parcel of the hotel package. In the Middle East wifi is still rare and you have to pay in almost every hotel for it; sometimes 3 euros for 1 hour up to 24 euros for 24 hours. The three hotels I have stayed in in Mexico had free and open wifi with very good transmission.

In the last hotel in the holiday resort I saw many senior people using a webbook. Talking to them they indicate that they like to stay in touch with their kids and grandchildren. They send them photographs of the hotel, beach and sea. They even send movies. But they also listen to their native radio and watch television. One of the pensionados was listening music and had downloaded many Abba songs. They could also pass the webcam address of the hotel to their family and friends: http://www.playa.info/webcam-playa-palms.html.

The webbook is a real hit. Looking around I saw mainly Acer machines. Despite the fact that Asus started the webbook revolution, Acer is my view the winner of this revolution. I bought an Asus of the first generation with Linux; in the end I sold it, as my email messages got scrambled and attachments got corrupted many a time. This was not acceptable for me professionally. Now I use an HP mini with Microsoft XP and I am more satisfied, except for the screen quality. A printer professional would be very unhappy with the unequal black quality of the letters. Acer has a better screen quality as far as I have seen. 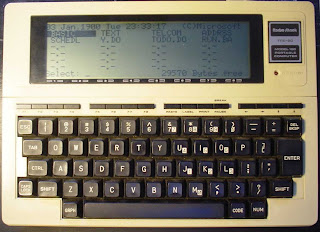 The webbook brings me back to my first portable PC in 1983, when I laid my hands on the Tandy Zenith Model 100. Given the luggable computers of that time The Zenith was unbelievable. It was light and designed for communication. The internal memory was small: 40Kb. The screen showed 8 lines, including a command line. There were of course disadvantages such as a short battery life. But it was really the first portable PC. I see the webbook as a really worthy successor of the Tandy Zenith Model 100, now becoming part of digital life. 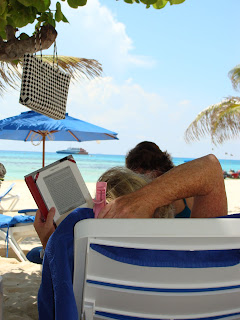 Another part is the e-reader. I saw this week two Kindles-1 being used. Its users were very enthusiastic about the device. They could download their books also in Mexico. They were reading e-books at the beach in full sunshine. I even saw a Kindle-2 e-reader today. Digital life with webbooks is making inroads. Digital life with e-books is coming more slowly, but it is coming at last.

13 September 2009 BTW Webbooks or netbooks are also contrabande for thiefs. Last night my webbook HP mini was stolen after a nightly break-in.