A consortium of institutes from Australia, the Netherlands, the United Kingdom and the United States have prepared a report International Study on the Impact of Copyright Law on Digital Preservation reviewing copyright and related laws and the impact of those laws on digital preservation of copyrighted works. The report addresses proposals for legislative reform and efforts to develop non-legislative solutions to the challenges that copyright law presents for digital preservation. The institutes who contributed to the report are Library of Congress, National Digital Information Infrastructure and Preservation Program (NDIIPP), US; Joint Information Systems Committee (JISC), UK; Open Access to Knowledge (OAK) Law Project, QUT Law Faculty, Australia; and SURFfoundation, Netherlands. This authoritative report was compiled in the framework of the National Digital Information and Infrastructure Preservation Program. 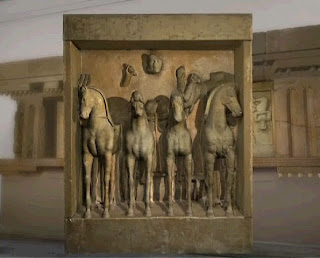 The report notes that digital works are ephemeral, and unless preservation efforts are begun soon after they are created, they will be lost to future generations. Its authors found that although copyright and related laws are not the only obstacle to digital preservation, there is no question that those laws present significant challenges.

Recommendations are provided for legislative reform and other solutions to ensure that libraries, archives and other preservation institutions can manage copyrighted digital information in a manner consistent with national and international laws. Specific recommendations include structuring national copyright laws to provide exceptions for preservation institutions to proactively preserve at risk copyrighted material in digital form, subject to measures appropriate to protect the legitimate interests of right holders.

According to the report, copyright laws should permit preservation institutions to preserve copyrighted works in accordance with international best practices for digital preservation, including making copies for administrative and technical purposes; migrating works into different formats in response to technological developments and changing standards; and maintaining redundant copies among preservation institutions and legally authorized third party preservation repositories to protect against catastrophic loss.

The report further recommends that copyright exceptions for digital preservation should not be conditioned on the category (such as literature or music) or format (such as compact disc or website) of the work.

The Dutch contribution to the report takes inventory of current digital preservation efforts in the Netherlands. It also looks at the way in which the Netherlands regulates the preservation of and access to digital materials: through agreements between cultural institutions and entitled parties, which ensure that 20th-century works will remain publicly available. Higher education institutions in the Netherlands, collaborating within SURF, have indicated that they want clarity about preserving and providing access to cultural resources.

The recommendations for reforming Dutch legislation also focus on works from collections in museums, archives and libraries. These works need to be digitized for preservation. A secure network would have to ensure access to these digitized works.

For the Netherlands, the report is particularly important in view of the leading international position which the National Library of the Netherlands has achieved with its e-depository. The Library is often quoted as ‘an example of good practice’.

The importance of the report is underlined by Dr. Wim van Drimmelen, Director of the National Library. In an article in the Dutch newspaper ‘NRC Handelsblad’ of 17 April 2008, the National Library argued for removing the legal obstacles to digitizing 20th-century library collections. In addition, Van Drimmelen argues that clear regulation and legislation in this area is also of paramount importance for new, digitally born documents since their accessibility is under greater threat than that of traditional information carriers.