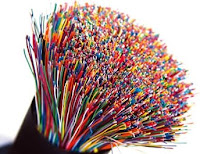 Ziggo saw its customer base grow by 146,000 net additions during the second quarter to reach 1.388 million broadband customers on 30 June. This includes 139,000 former Orange Breedband (now Online) cable customers which Ziggo took over in May this year.

The third largest broadband ISP in the Netherlands is Het Net (also a^ KPN ISP) with 672,000^ DSL users at the end of the quarter, after adding 13,000 customers in Q2. At the same time its market share grew to 12 percent.

Cable ISP UPC's growth slowed down to 8,400 net additions in the second quarter, taking its total to 658,700 broadband customers on 30 June 2008. The slower growth means that UPC's market share stabilised at 11.7 percent.

Despite the decrease, the broadband market is expected to pick up during the last two quarters of the year and reach an annual growth of around 7 percent, reaching the milestone of 6 million broadband connections by the first half of 2009, a spokes person for Telecompaper said.