BPN 1203 Digital video is the engine 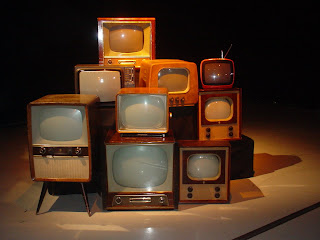 In the iMMovator Cross Media Summer Café of last Tuesday not only the stats of the Olympic Games were presented by the Netherlands Public Broadcasting, but there was also a very interesting discussion between the chiefs of New Media-Digital Media-Interactive Media of the public broadcasting channel VARA and three commercial channels (RTL, SBS, MTV) about the future of broadcsting companies and the part video plays in this process.

They started out telling about the plans for the new television season, which is about to start in September. But underlying in their discussion became the theme of the strategy of the companies. What do they want to be in the next five years? Jeroen Verbeek of SBS was the most outspoken person in the panel. His slogan was: video is the engine.

SBS has been late in comparison with the other commercial broadcasting companies in The Netherlands in expanding to video. The company had to wait for the take-over by ProSieben before it could go full steam ahead in formulating its policy. The wait also had the advantage that it could watch the other companies move into video.

SBS has now copied the SBS counterpart of YouTube in MyVideo from its German sister company Sat1. So far it has processed 40 million streams in the Netherlands. Over against YouTube, MyVideo can put the claim that the uploader might be seen on television. For the program Dancing Queen, candidates could send in their video. Also for the program You wanna be a Popstar this formula was used.

This type of Internet extensions has also two advantages. They bring in the synergy for the combination of advertisement on television and internet. They also bring in CRM profiles which offer new opportunities with advertising.

Just like the internet extension is the extension to mobile a logical one. Yet, mobile is still a problematic area with the technology and the walled garden policy, which many mobile operators have. Again here, video, and especially video clips, will drive the business.

The real new element in the strategy is shown by SBS, by acquiring a game site. Most game are video games and can be seen as part and parcel of a modern broadcasting company, which is in video.

It was not mentioned during the Café, but from here it is just a small step to offer news and entertainment to narrowcasting networks. The network and the screens can be left to a third-party network operator, while the broadcast company, turned into a media company, becomes the content distributor.