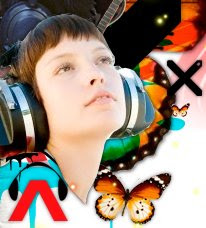 There was a Sellabration last Friday. It was the second anniversary of Sellaband, an organisation offering music band a way to get to produce a CD. So far Sellaband has helped 24 bands to record a CD, with the French artist AIOIA being the first progressive rock band to reach 50.000 dollar milestone. An investor has guaranteed security for the company for three years by investing a few millions. And from this week onwards the British and German Amazon sites will sell the records of the bands, while Amazon.com in the States is still negotiating.

Sellaband originated from the dissatisfaction that music companies refuse so many music bands, because they are not alike the last top band or are disliked by the company scout. So Pim Betist thought up another method of getting music bands into a recording studio, accompanied by an experienced producer. On the site Sellaband.com a music group can upload its music. Fans of the music groups, called believers, can vouch 10 dollar to become a share or part of the band; the believer can switch to another artist or band as long as the 50.000 dollar milestone has not been reached. Once a band or an artist has sold 50.000 parts, they get recording time in a studio. Once a CD has been recorded t is release and for sale. The believers get the CD. All the believers together get also one third from the profits just like the band and the organisation. A band can not leave Sellaband for a commercial music company within two years; in the two years the believers will be sharing in the revenues. Crucial in the operation is the internet site, including a shop and charts.

Sellaband has grown fast into an international organisation with a business site, artists and bands and fan sites. Internationally some artists and bands have broken through: Cubworld (USA), Electric Eel Shock (Japan), Julia Marcell (Poland), So What (The Netherlands). These bands played at the anniversary happening in the Amsterdam underground temple Paradiso. But not all artists and bands find enough believers around the world to collect 50.000 dollar in parts. Even a link of a band or an artist with a social network has proven not be a guarantee to pick up enough parts for a recording sessions.

The business model is interesting. While the well known music companies are bestseller companies, living on the sales of their latest top hit, Sellaband invites to participate in stimulating n artist or band that they want to see on the music scene. Sellaband is showing that the business model works for music. Of course it has not proven yet to be a steady factor in the music business. But is has proven to pick up over a 1 million dollar (23 times 50.000 dollar) in the non conventional market of believers.

I wonder whether this business model can be carried over other bestseller businesses like book publishing and movies. It would be a way to get rid of all kind of grants and subsidies. However, contrary to the music business, these cultural businesses are mainly limited by language. Yet it would be interesting to see whether this could work with for example publishers or serious movie proposals, but the amount of parts would be higher. I suspect that it could work in the movie business. I remember that the movie Butterfly Tattoo, which has been shot in the meantime and is ready for distribution, was able to pick up 200.000 euro in a very short time despite the fact that the producing team was not well known and hardly had experience. Thanks to an article in the Dutch financial daily FD, it collected the needed amount in no time. Of course it is also the way some Hollywood movie companies work by collecting money from movie stars. I guess that publishing books will be a harder business, but it would be worth a try.

Update August 25, 20008: Sellaband announced that it has signed a deal with YouLicense.com, to allow bands using the service to make their music available for licensing to producers, filmmakers, marketers and ad agencies. Sellaband will split revenues between the artists, their fan supporters on the service, and the company.