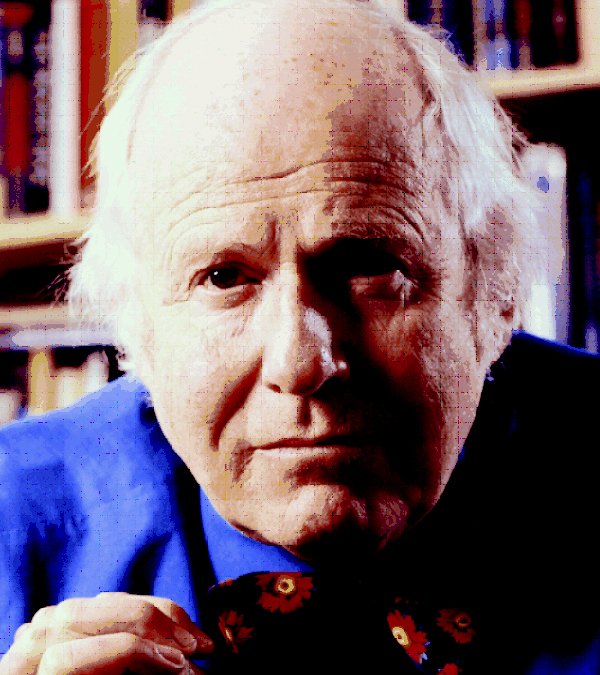 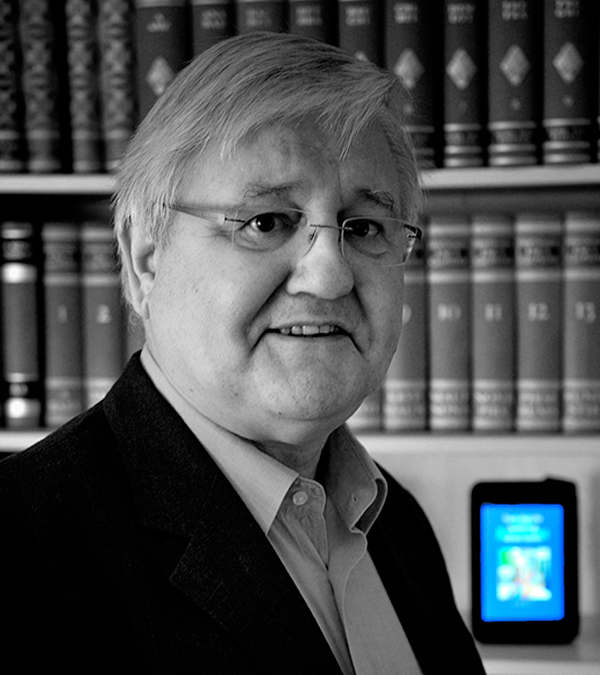 The Dutch company Swets & Zeitlinger Group has filed for bankruptcy due to insolvency, but the court has granted the company deferment of payments to creditors, mainly publishers. Main activity of this company was mainly broking subscriptions between publishers and  libraries for professional use such universities and professional institutes. Swets & Zeitlinger Group have two months to find a solution and new financers.


The Group is the mother company to Royal Swets & Zeitlinger Holding. This holding with a slew of subsidiaries is worldwide market leader in subscription services to academic and professional libraries in 160 countries. It has offices in 27 countries and employs 541 FTE. It has more than 8,000 customers worldwide, representing more than 800,000 subscriptions to its offerings.


Adriaan Swets and  Heinrich Zeitlinger started in 1901 a bookshop in Amsterdam, named Swets & Zeitlinger. From this Amsterdam base it grew into an international publishing company, adding amongst others library services. By 2003 it sold the publishing division, which published amongst others test material, and focussed on library services. Royal Swets & Zeitlinger offers subscription services for 35.000 publishers to universities and institutional libraries. Half of the turn-over comes from the 10 largest publishers such as Elsevier and Springer. But as universities and institutional libraries are still in the process of changing over from subscriptions for paper publications to digital publications.  Commissions on digital products are lower than print subscriptions with the average gross profit margin for print subscriptions at 10.5 per cent to digital at an average gross margin of 4.4 per cent. Digital formats have also facilitated large publishers to establish direct customer relationships, resulting in partial customer losses. These developments combined with the economic crises  have hit Royal Swets hard. Last year the company lost 1,9 million euro on a turn-over of 550 million euro. A banking consortium and the financer ICG are set to loose 72 million euro.

At the beginning of the year the shareholders of the company put the company up for sale, as it needed more capital to go through a transformation and scaling up. This sale was said to be expected in the third quarter. But now Royal Swets has been overtaken by financial problems and has shareholders not willing to jump in. Royal Swets has now two months to find a new shareholders, to merge or be acquired or to sell the slew of companies separately.


Elsevier and Springer have informed their clients to be careful with payments as they might loose their payments in a bankruptcy.

The market for e-readers and e-books in the Netherlands is changing. The online shop Bol.com, recently acquired by the supermarket concern Albert Heijn, has announced a cooperation with the Canadian e-reading company Kobo. The chain of Libris bookstores, which until now had Kobo in their portfolio, change over to the German e-reader Tolino. And the rumours are stronger that Amazon will have a distribution centre based in The Netherlands instead of distributing from Germany. And as of September 13, the public libraries started an e-book campaign, adding more than 1,000 new Dutch lingual e-books to their collection of 7,000 e-books with many bestsellers. These developments are taking place against the backdrop of the disappearance of Sony e-readers and e-books from the Dutch market.

Bol.com has chosen to cooperate with the Canadian company Kobo, the runner-up in the global market of e-reading. Kobo provides millions of users in 190 countries worldwide with titles from the largest catalogue with over 4 million e-books in 68 languages​​, a portfolio of reading devices with an open platform and apps. in the Netherlands Bol.com can now strategically compete with Amazon, admittedly the world player with the reading machine Kindle, but with a closed platform. Kobo is part of the Tokyo-based eCommerce company Rakuten. Along with Albert Heijn Bol.com should be able to create a large Dutch e-book market for Kobo. 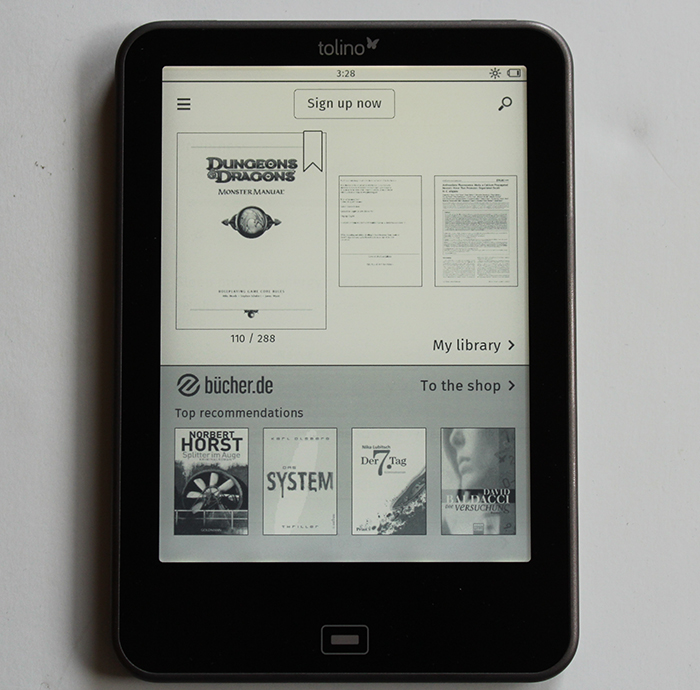 The chain of Libris bookshops terminated its cooperation with Kobo immediately, as if stung by a wasp, and announced the distribution of Tolino, an e-reader that has been put in the market since March 2013 by a German cooperative of bookstores and book clubs. The cooperative is active in Germany, Switzerland and Austria, but also in Belgium, where the Standard bookstores sell the Tolino e-reader. Tolino is also an open platform, and can even work on open source software.

Amazon has had the intention to conquer the Dutch market. So far the company has done this through their German distribution channels, but now the company is showing signs to start a Dutch operation. Two years ago Amazon started talks with CB (formerly Central Book House), which runs the largest database with Dutch lingual e-books. Now the company has started to talk with publishers. Publishing company Xander has already been signed, but Podium is very hesitant to sign. Amazon is in a fight with US publishers and Dutch publishers will be afraid to fall victim to the same type of squeezing. Besides Amazon is aiming broader at selling publishing products such as printed books, videos, games and other products. As such, Amazon is a direct competitor Bol.com.


Public libraries conducted during the summer holidays the Holiday Bieb action. Eight weeks long members of the public libraries had access to a wide reading package for the whole family. A total of 345,000 people downloaded the app, with 200,000 new users this summer. In total this summer, 1.5 million e-books were downloaded, three times as many as last year; of these downloads there were 485,000 youth titles.


It is clear that there will be a lot of competition and promotion for e-reading in the coming year. The major fight will be between Bol.com/Kobo and Amazon, while Libris will attempt some impact through their bookshop chain.  The whole effort will result in more e-readers and legal purchase of Dutch and foreign-language e-books. The public libraries will attempt to convert its two million adult members to e-reading.
Gepost door Jak Boumans op 5:15 PM 0 reacties

The bitcoin exchange TradeBits presents itself on internet as "the first Dutch Bitcoin Exchange that offers its services to the market with the consent of the Dutch Central Bank." This is a remarkable message, because the Dutch central bank, DNB, recently warned against the risks of virtual currency. The Dutch newsletter Media Update checked out the story with DNB. A spokesman for DNB told, when asked for comment, that only institutions that are listed in the license register, are authorised to trade under license. A search in the register was inconclusive as to the name TradeBits. Telephone contact by Media Update with TradeBits revealed that DNB had announced by letter to have no statuary duty to supervise virtual currency. This was interpreted by TradeBits as a DNB approval. After consulting with their lawyer, the company recognized that this was a very broad interpretation. A spokesman for the company stated that the company would bring the text on the website in line with the letter of DNB. Upon publication of this blog posting the company still claims consent of the DNB, but in their FAQ they write: According to DNB the law on financial supervision is not applicable for the activities of Tradebits.nl.
On May 8, 2013 DNB has indicated in a press release that virtual currencies are unlikely to become a viable alternative for traditional currencies in the foreseeable future. On June 3, 2014, DNB warned financial institutions for integrity problems with virtual currencies in a press release.


In the Netherlands there are at least four bitcoin exchanges active: TradeBits, Clevercoin, Anycoin and Bitonic. The two most recently launched companies TradeBits, based in The Hague, and Clevercoin, based in Eindhoven both attempted to get a licence from DNB. Clevercoin claimed, according to the web publication Coin Courant that DNB let them know that they would get a preliminary exemption, until the rules would be clearer.


Some facts about bitcoins, according to the Coin Courant
• Bitcoin is a digital coin.
• In 2009 bitcoin was introduced by the Japanese Satoshi Nakamoto, most probably a pseudonym or a group of computer programmers.
• Bitcoins are generated over the internet by computers connected to the bitcoin netwerk.
• It is regulated that there will be maximally 21 million codes available.
• A bitcoin can be divided in smaller units like the euro and dollar.
• At this moment 12,5 million bitcoins are in circulation.
• In the coming years another 25 extra bitcoins per 10 minutes will be awarded tot computer programmers who provide computer power to keep the software for bitcoin transactions and who solve a mathematical problem fastest.
• The number of coins to be brought in circulation will be halved every time. In 2040 the maximum amount of 21 million bitcoins will be reached.
• The present exchange rate of the bitcoin is about 600 euro (Tradebits opened this morning at an exchange rate of 367 euro).
Gepost door Jak Boumans op 11:34 AM 0 reacties