There is an expression: The first city on gaz is the last on electricity. It looks like this also goes for royal people. It recently happened when Queen Elizabeth sent a first posting on Instagram on March 7, 2019. Rather late in comparison to her first e-mail of March 26, 1976. She really did beat her royal colleagues and the large crowds. 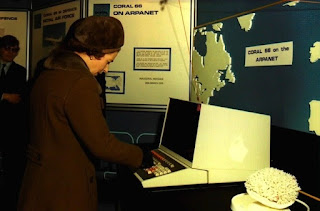 
On March 26, 1976, Queen Elizabeth did visit the Royal Signals and Radar Establishment in Malvern (UK). At that occasion the Malvern establishment was linked up to the ARPAnet, the precursor of internet, this was celebrated with forwarding an e-mail. It was Peter Kirstein who put the Queen on ARPAnet with the account HME2 and all she had to do was press a couple of buttons to send off the message.

Today, in just one minute 168 million e-mails are forwarded. 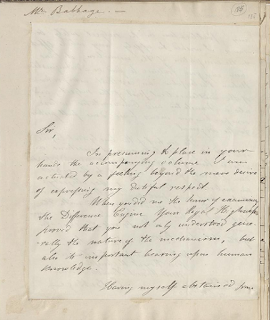 On March 7, 2019 the Queen sent her first Instagram post. She wrote:
“Today, as I visit the Science Museum I was interested to discover a letter from the Royal Archives, written in 1843 to my great-great-grandfather Prince Albert.
Charles Babbage, credited as the world’s first computer pioneer, designed the “Difference Engine”, of which Prince Albert had the opportunity to see a prototype in July 1843.
In the letter, Babbage told Queen Victoria and Prince Albert about his invention the “Analytical Engine” upon which the first computer programmes were created by Ada Lovelace, a daughter of Lord Byron.
Today, I had the pleasure of learning about children’s computer coding initiatives and it seems fitting to me that I publish this Instagram post, at the Science Museum which has long championed technology, innovation and inspired the next generation of inventors.