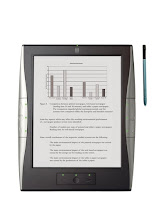 Earlier this month the Dutch e-reader developer and manufacturer iRex Technologies requested for protection under chapter 11. Since 29 June the company has gone in receivership with a debt of 10 million euro. Martijn Kemps, the lawyer treating the bancruptcyexpectes that iRex will be able to make a new start as many parties have shown interest in the IPR and operational knowledge of the company.

iRex Technology nested itself in the top of the market, striving after quality and pricing its ereaders high. Competition by manufacturers of cheaper ereaders and marketing setbacks made it not easy for iRex Technologies to conquer a fair market share. Amazon.com talked to iRex Technologies about the production of the Kindle, but did not get to an agreement in the end. Last year iRex Technologies missed the Christmas season sales for which it had teamed up with Barnes & Noble.

Last month the company went into chapter 11 and looked for 2 million euro to bridge the financial gap. However when a regional development banker and the Deutsche Bank broke off talks, the bancruptcy was inevitable.

This a is the list of the winners of the World Summit Mobile
Category: m-Business and Commerce
EKO
Mobile vending
Railnavigator
Consumer Reports Mobile Shopper
Mark & Spencers mobile commerce 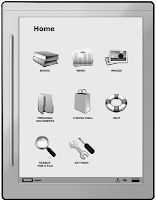 The Eindhoven (The Netherlands) based ereader manufacturer iRex Technologies has gone into a comparable situation as chapter 11 last Tuesday. The company has cash problems as US sales have been delayed.

Last year iRex Technologies announced a deal with the bookstore chain Barnes & Noble and the online shop Best Buy. The ereader DR800SG customised for the US market with 3G functionality and a touch screen was supposed to reach the stores by the Christmas season. However, the Federal an inspection Communications Commission (FCC) took more time for inspection of the device than hoped for and iRex Technologies missed the season sales. As a replacement Barnes & Noble launched the Nook at the end of October 2009. In the end also the Best Buy deal did not work out as foreseen.

The CEO of iREX Technologies, a Philips spin-off, incorporated in Luxembourg, claims that the position of the company is not hopeless. The company has a problem with cash flow and banks are not really accommodating. However, the CEO Mr Brons still hopes that the situation will be solved.

iRex Technologies was the first manufacturer to appear on the market with an ereader based on the e-Ink display technology in 2006. The US has been the target market for iRex Technologies from the beginning. In comparison to the multilingual Europe, the US is a homogeneous market with many nationals reading the languages English and Spanish. However, the company was unable to sell its ereader with the Mobypocket reader to Amazon and had to settle for Barnes & Noble.

In Europe iRex Technologies has not made many inroads. In its home country The Netherlands, the company was unable to organise a marketing action with the book and newspaper publishers. It has had sporadic projects. The national quality paper NRC Handelsblad started cooperation, but no other paper followed due to the high price and technical problems. A project with the bookstore chain Selexyz was not a success; having been selling more brands of ereaders, Selexyz now has signed with Samsung for the E60 ereader. The company missed the Dutch market completely when the Dutch bookpublishers adopted the EPUB standard instead of Amazon’s Mobypocket and Sony with a cheaper ereader made a deal with the online bookstore Bol.com.