An app encouraging people to discover pretty streets by walking instead of taking cars, and motivating youth to engage creating a trendy brand of ‘social projects’ through an online portal are just two of the aims this year’s most outstanding and creative digital initiatives from all over Europe pursue. 17 international experts selected 13 projects having impact on society as Winners of the European Youth Award in the European Youth Capital Cluj-Napoca (Romania).

“From the projects I have seen in this competition, there comes out a sense of “wow, I wish I could do that” and the feeling of pride and effort that these people put in their projects.”, says Marsha Tarle, Communications Manager at Telecentre-Europe and member of the EYA Grand Jury.

Among the change-makers of tomorrow who convinced the 17 members of the EYA Grand Jury are two brothers, trying to fight worldwide killer number one with the means of technology: coronary artery disease. In Sweden, they developed a screening and early diagnosis tool based on a machine learning getting smarter over the time. Ultimately, this tool may save many lives.

Although each of the winning projects is unique and stands out for itself, they have one thing in common: high-impact on society through the creative use of digital technologies.

The winning teams come from 10 different countries: Austria (2), Czech Republic, France, Germany (3), Italy, Netherlands, Poland, Spain, Sweden and Ukraine. They are invited to showcase their projects at the Winners Event (EYA Festival) in Graz, Austria, from November 18-21. This three-day-long Festival is a unique event combining knowledge, innovation, networking, inspiration and motivation. On the basis of their presentation, the EYA Festival Grand Jury will select the Overall Winner 2015.

Apart from being recognized on this international stage and getting access to the vibrant EYA network, EYA winners gain much more: for instance, students from all over Europe will develop project analyses and each project will be taken under a mentor’s wing for two months. “GovFaces has benefited enormously from the award which played a central role in helping to affirm, validate and legitimize the quality and aspirations of our work.” concludes Jon Mark Walls, CEO of GovFaces his expierience of winning the EYA in 2014.

BPN 1713: The Trouble With Digitizing History

The Netherlands spent seven years and $202 million to digitize huge swaths of AV archives that most people will never see. Was it worth it? 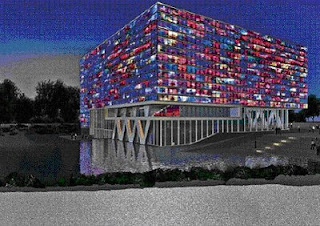 Driving through the Dutch countryside near the town of Hilversum, I have an overwhelming feeling that the surrounding water will wash out the road, given that my car is almost level with it. So it’s surprising that the Netherlands’ main audiovisual archives at the Sound and Vision Institute reside in a multilevel underground structure here, ostensibly below sea level.
Sound and Vision, together with two other national institutions, finished digitizing the bulk of the Netherlands’ audiovisual archives last year, for a cost of $202 million over seven years. The project ran smoothly and transparently, digitizing 138,932 hours of film and video, 310,566 hours of audio, and 2,418,872 photos. 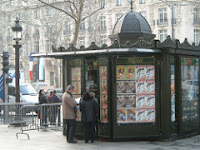 Newsstands, where newspapers, magazines and a small selection of books are sold, are not uncommon in the streets of Paris. The French call them kiosque.  Starting today, the Dutch digital kiosk Blendle is also accessible in Germany.


The digital kiosk Blendle is already available in the Netherlands since 2013. Soon after the start the service received venture capital up to 3 million euro from the German publisher Axel Springer (publisher of Bild) and the New York Times. The German equivalent of the Dutch service sells newspaper and magazine articles at a unit price of 25 euro cents.

The Blendle formula is new in the newspaper and magazine chain. Up to now, in particular newspapers tried to put up a payment wall, with little success. Only newspapers with financial and economic news were really successful. The formula to sell products at a unit price is new. Variations on this formula already pop up; so is the Swedish company Start-up Readly copying the music service Spotify offering a service of magazines  for they pay a flat rate of 10 euros per month.


Many publishers  welcome the Blendle formula. Yet it is questionable whether Blendle will occupy a crucial place in the newspaper and magazine chain. Apart from this question the digital kiosk will experience a problem in Germany as readers are still ink tifosi; they prefer to read printed paper.


Place in the chain
The formula of Blendle is new. Until now, there were a few services, who provided similar services, but just different; they are the so-called syndication services. These services provided a subscription service to a collection of newspaper and magazine articles. In contrast to the syndication services Blendle sells an article for a flat rate of 0, 25 euro cent. Besides Blendle targets a wide audience, while syndicators  target professional users.


Profitability
For Blendle it is difficult to assess whether the service will ever be profitable. The history of syndication services shows an upward battle. The oldest digital syndication service LexisNexis dates back to the seventies. In the eighties, the company added the British FT Profile service to its portfolio and LexisNexis itself was acquired in 1994 by Reed Elsevier. The service works globally and has mostly businesses and institutions as customers. A competitive service is NewsEdge, part of Thomson, owner of Reuters.


In the Netherlands attempts were made at syndication services. In 1987 the Dutch Press database in The Hague was established. The service was sold to the newspaper group PCM in 1996 and became part of the archive service Fact Lane, which in its turn was sold to LexisNexis in 2002. One year later in 1997 the syndication service Your News was founded by by Jan van Ottele; the service went bankrupt in 2002.


Profitability for syndication seems to depend on a broad portfolio of newspapers and magazines, subscriptions and professional users. Moreover, the income is marginal. It took LexisNexis more than 10 years to become profitable. It took the British service FT Profile exactly 10 years to become profitable. The other syndication veteran NewsEdge showed a turn-over of 71,5 million dollars after 11 years.illion dollars. And Your News burned 31 million guilders in five years.


Acceptance in Germany
The adventure of Blendle in Germany is uncertain. Of course the digital world has been growing for years. Yet, Germany still is a country of ink tifosi, addicts to printed paper. Dutch news services noticed that, when exporting their formula to Germany. Your News was forced to withdraw within two years after the launch in Germany. Nu.nl also found out that the culture and reading habits in Germany were different. In 2011 the subsidiary of the multinational Sanoma withdrew from the German market after positioning  the news Dnews.de in two years, quoting a slow growth.


Great adventure
Blendle has started a great adventure. Blendle is no syndication service and therefore has no steady income from subscriptions and  has a broad range of passers-by. In June 2015 Blendle claimed 400 000 users in The Netherlands. But the question is how many of these only logged in to test the service using the free voucher of 2.50 euro. For the time being one can suppose that there are more ghost users than paying customers. In Germany the question will how quickly the German Internet users will accept Blendle and come back regularly to acquire articles and pay for them.


Blendle remains a middle man in the chain of newspapers and magazines. Its turn over and profits will be likewise. Let's be honest, the kiosks in Paris have never produced a publishing empire.
Gepost door Jak Boumans op 12:10 AM 0 reacties