The Dutch book publisher Veen Bosch & Keunig (VBK) will be split off the holding company NDC/VBK per November 1, 2012. The company will become the largest independent publishing company of general books in the Netherlands. The company has been bought by the management, interested employees, while the ING Bank has taken a minority share. VBK had been put on the market since March of this year.

The move is the logical consequence of the decision made by NDC/VBK to split up the company in three independent activities: daily newspapers, house-to-house newspapers and books.  The decision meant to be the end of a dream. NDC has been a rich publishing company in the North of the Netherlands. In 2001 NDC bought the book publishers VBK. Due to the economic dip first the newspapers experienced acquisition problems with advertisements and the book publishers with the sales of books.


In 2007 the newspaper and book holding NDC/VBK bought the educational publishing company Thieme Meulenhoff from PCM and combined it with its own educational division, Veen Bosch & Keuning-educational. The new combination had 400 employees and an annual turn-over 100 million euro.The move to make VBK independent will most likely have consequences for Thieme Meulenhoff. 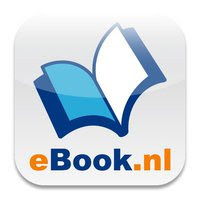 Per September 1, 2012 VBK has sold eBook.nl to ePagine. This Belgian company will take a majority in the company, while VBK will keep a minority share. VBK had already concluded that the retail activities did not fit with the VBK publishing activities, despite the fact that eBook.nl has a market share of 10 per cent of Dutch language eBook sales. ePagine is already some years active in the eBook segment and cooperated with eBook.nl. ePagine is part of Tite Live, a company with a turn-over of 10 million euro and about 100 employees.
Gepost door Jak Boumans op 6:34 PM