Pirating of e-books in the Netherlands


Many publishers were afraid about the pirating of their e-book titles in the past. With reference to the music industry, they blatantly claimed financial damage from the pirating and download torrents. It is clear that there is piracy (copying e-books) and downloading from torrents for free. But by now there is some experience with piracy and this phenomenon is being quantified.


Pirating is not a phenomenon only related to the book publishing industry. Pirating has become a phenomenon in the music industry, movie and television industry as well as games industry. In all these sectors files have been shared, but with different experiences. 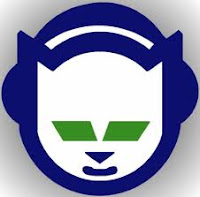 The music industry was the first industry to be confronted with piracy. When the Napster peer-to-peer file sharing was introduced in 1999, the music publishing and recording companies as well as the music collecting societies started to cry foul. But when iTunes and later Spotify came with their services it was clear that the business proposal (low prices and single or flat fee subscription) made a difference. In the Netherlands it can be said that for example Spotify with its flat fee subscription has decreased music piracy since 2008, according to the survey File sharing 2©12, Downloading from illegal sources in the Netherlands.


Interesting is also the conclusion that downloading or streaming from an illegal source usually comes  in third place. Purchasing physical formats in an offline or online store is still most common. In the Netherlands 69,0 per cent of the Dutch population had still bought at least one printed book offline or online. In the second place is free downloading or streaming of content from legal sources. In 2012 only 0,4 per cent of e-books were downloaded from an illegal source. Personally uploading purchased material is done by no more than 5 per cent of the Dutch population.


Not really surprising is the conclusion that for a substantial group of customers printed books and e-books are complimentary. Surprising is the conclusion that people who download e-books from illegal sources are also legal consumers of e-books. So legal and illegal e-book consumption is not mutually exclusive. People who are heavily in books are more inclined to download from an illegal source, but they also consume more legal content and pay for derived products.


Illegal e-book downloaders are also usually characterised as young men and less educated. The survey shows that in the case of books, the popularity of illegal content hardly declines with age up to 54. And yes men are more likely to use free legal sources and illegal sources than women. As for education no real statement can be made about that characteristic. Downloading from an illegal source , shows no significant correlation with the level of education.


By court order the file sharing site The Pirate Bay had to be blocked by the Dutch ISPs XS4ALL and Ziggo. The impression was given that by blocking the file sharing site the illegal downloading would diminish. However more than three quarters of the subscribers to XS4ALL and Ziggo had never downloaded from The Pirate Bay before the site was blocked. Of the remaining 23,8 per cent of XS4ALL and Ziggo customers about three quarters said the blockade had not affected their downloading habits and only 5,5 per cent said they now downloaded less or had stopped altogether.