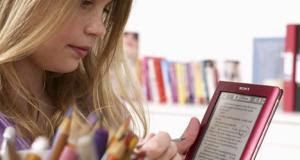 In the past week Dutch bookstores could not keep the news under their hat about e-Books. Today the big news broke: the Dutch central book logistics operator opened a database with 2000 Dutch language e-Books and Bol.com together with Sony launched their cooperation to conquer the market. So far three benefits have come from it. Firstly, E-book is taken serious from now on. Secondly, Sony has forced EPUB to be the standard in the Netherlands. Thirdly, the fixed book price for printed book is not maintained with e-Books.

A professional launch of e-Books has taken fifteen years since the launch of the first Sony EB book in The Netherlands in 1994. The e-Book in a minidisk did not take off at that time. But now e-Book has a better chance. The e-Book readers give a better reading experience with digital paper. The price is falling dramatically and at last a serious e-Book portfolio with Dutch language literature is building up. Besides the infrastructure and competition for the distribution of e-Books is there now.

There has been a build-up towards taking e-Books and e-Readers seriously since 2006. In that year the Philips spin-off iRex Technologies presented the first reader with digital paper of E-Ink technology. One of the latest successes for the company was the co-operation with NRC-Handelsblad, the national quality newspaper of The Netherlands. But a real impact in The Netherlands, iRex has been unable to make due to the high pricing of the e-Reader iLiad and others. Other e-Reader manufacturers such as Cybook, Hanlin and lately Bebook, a Dutch developer, made use of the playing area left to them and offered e-Reader against lower prices.

Estimating the market ready for a launch, Sony prepared an offer together with the internet bookshop Bol.nl. Sony introduced two models of e-Readers against the price of respectively 199 euro and 299 euro; the models are not the latest ones launched in the USA today, but Sony PRS 300 and Sony Reader Touch Edition. At the same day the Dutch central book logistics operator Centraal Boekhuis launched a database with all Dutch language e-Books, said to 3.000 titles; also 200.000 English language e-Books will be distributed. Besides the sales by the internet bookshop Bol.com, also physical bookshops such as Selexyz.nl, Vanstockum.nl, Bruna.nl, Jongbloed.nl en Studon.nl will sell e-Books and e-Readers.

The impressive move of Sony has made impact on the Dutch publishers as far as the format. So far Mobipocket Reader and some private formats were used for e-Book distribution, but by changing from its proprietary format to the EPUB format and managing it in cooperation with Adobe, Sony has made a very wise move. Besides setting an industrial standard, Sony and Adobe set the mores of copying: the buyer is allowed to copy the book maximally four time to other platforms and for friends.

In The Netherlands there is a fixed book price for printed books with a 6 percent VAT. The e-Books will not have a fixed price. In fact today there were even various e-Book prices to be found. But sadly enough the VAT is not 6 but 19 percent.

On September 2, 2009 Sony will start delivering the e-Readers through Bol.com. Today 1505 Dutch language e-Books can be found at Bol.com