The WSIS Review 10+ years on, was at the same time an occasion for the World Summit Award organisation to look back to the time that Peter Bruck (right) and Anastasia Konstantinova (left) started up the World Summit Award from scratch. In less than one year they built up a network of 168 experts on the ground in 168 countries out of the 191 UN associated countries and solicited more than 700 entries for evaluation. Negotiations with the emirate of Dubai lead to a first jury session there and by December 2003 the first gala was held in Geneva (Genf) Switserland. With these events the World Summit Award was established. The first jury and the first winners had set the pace. 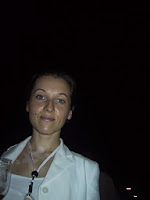 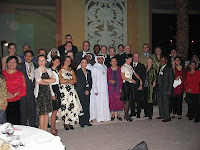 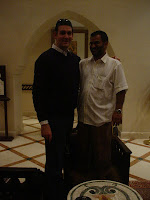 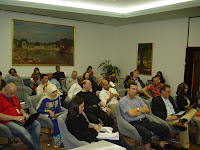 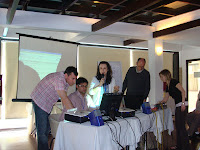 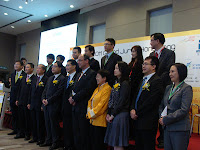 WSA GALA AND RECEPTION February 26th:  The World Summit Award was initiated in 2003 as Austrian WSIS (Follow Up) Initiative, in order to select best practice in e-Content from all UN Member States. For the WSIS+10 review meeting an international jury awarded the 8 Global WSIS+10 champions, out of the 200 WSA winners from the years 2003, 2005, 2007, 2009 and 2011. A Cocktail reception was hosted by WSA, Deutsche Telekom and the Permanent Delegation of Austria to UNESCO. 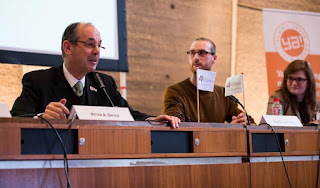 Workshop 1: YOUTH 4 ACTION: using internet and mobile for peace and development
By World Summit Youth Award, February 26th.
Using ICT to fight hunger and poverty, empower women or get education to all – these are the agendas and actions of young people who are winners of the World Summit Youth Award. The young people are creative technologists and social entrepreneurs, selected from over 100 UN member states. The session will showcase best-practice examples of using Internet and mobiles to put the UN Millennium Development Goals (MDGs) into action and demonstrate how young people are actually transforming the future with IT.

Workshop 2: MONEY FOR CONTENT: successful business conditions for quality content. By World Summit Award and Deutsche Telekom, February 27th.
The quality of a knowledge society depends on the quality of content and the ability of content producers to earn a living and run sustainable businesses. Public spending has limits in funding, user generation and crowd sourcing has limits in accountability and editorial refinement. What are the conditions for small and medium size business to succeed in the production of quality content and thus to contribute building blocks for the knowledge society?


The World Summit Award has demonstrated since 2003, what politicians have dreamt about. The WSA has showcased the progress from e-Government and Participation & Inclusion to e-Culture and e-Health. The WSA has not just been a travelling caravan, but, besides competitions, juries and galas, also the organiser of e-Content summits, conferences, road shows and workshops.