The Dutch telco KPN has published its intention to abolish the brand name of its IP subsidiary XS4ALL. This has led to a storm of indignation and solicited a petition to reconsider the decision, signed in the meantime by some 45.000 of the IP’s pioneers, subscribers and sympathizers. 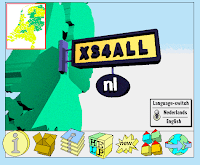 XS4ALL is one of the oldest Dutch IPs. It originated from the hackers’movement Hack-Tic and offered its internet services since May 1st, 1993. On its first day it registered 500 subscribers, a score which was helped by one of the rare articles on internet in the national daily de Volkskrant. XS4ALL was one of the first Dutch pioneer IPs together with NLnet, Knoware and IAF. The foundation grew fast and gained speed, when beginning 1994 the Digital City in Amsterdam was launched.

By 1998 the Dutch scene of IPs had changed drastically. Competition between the new IPs had become fiercely, with competitors like Digital City, Planet Internet and World Online. In order to stay technically ahead, the foundation was faced with heavy investments, which they could not put on the table. So they put together a bidbook and offered that to the IP community.

Wonderment
The press and internet community was astonished when the winner was announced. The Dutch telco  KPN had beaten the other competitors, being in need of technical knowledge and having deep pockets. The astonishment was based on the difference in company mentality. KPN being a stock listed company and technical business was not in line with the free, anarchistic mentality of XS4ALL. Yet KPN guaranteed an independent course of management.

Not just an IP
XS4ALL was an early Dutch IP and kept its freshness from the beginning. So it stood side by side when the IP stood sideby side in a court case of a subscriber against the Scientology Church, which lasted from 1995 till 2005. In 1996 XS4ALL together with the Voice of America supported the continuation of the broadcasts of radio station B92 from Belgrado, which had been stopped by the then Federal Republic of Juguslavia. The IP was also a party in a censoring case with the German government. It also fought a legal battle in the Pirate Bay case with the Dutch copyright watchdog Brein.


From 2016 a shift was noticed in the attitude of KPN towards XS4ALL. KPN parted with two independent foundations, which guarded over the origin and legacy of the internet pioneers. The attempt to take over the foundations failed and the annual contributions were stopped. But with the entry of anew CEO in 2018, a new marketing plan was developed: the brand name KPN would be leading for all subsidiary brand, including XS4ALL. The announcement on January 10, 2019 to say farewell to the brandname, sollicited immediate reaction from the subscribers, who threatened to discontinue their subscription. KPN tried to appease the subscribers saying that nothing would change in the service of XS4ALL, but that only the name of the pioneer company would be abolished. But the action committee of subscribers was not appeased. Of the more than 200.000 subscribers some 20.000 joined the action group as did some 25.000 of supporters. After a talk with KPN the group threatened to leave the KPN company and even start up a new company with the help of a third party.
Gepost door Jak Boumans op 3:08 PM