Looking back and forwards (2)

The statistics about the page views, visits and visitors are interesting, but I am more alert to the popular pages as they tell what people are looking for. My top six list ranks as follows:
1. Page of the day
2. digital paper, iLiad en ebooks
3. senior games
4. will wmp surpass jpeg
5. video

When I started the blog Buziaulane, I did it with the intention of writing about content and content-related technologies. What I understand under the terms content and content-related I have attempted to put together in a miniseries Putting a content course together. This did not make it to the top five, but I have seen a discussion about it on two different blogs. And I was happy to see that a Dutch college picked up the subject. The teaching staff understood that a course on content was more that teaching students how to write for internet. The teaching staff of the college invited me to present a guest lecture at the college. 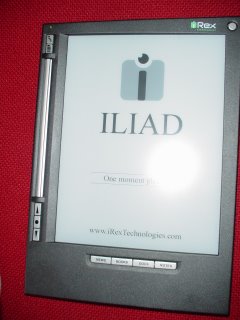 Digital paper, e-book and the Iliad are favourite subjects. Coming from the book publishing sector, it is not surprising that this subject interest me. I have been busy with it since my professional start in publishing in 1970. I have seen the development of the CD-ROM and mini-disc as electronic books. In The Netherlands I was in 1993 involved in the failed introduction of the Sony E-Book. I saw the second wave of Softbook and Rocketbook coming, but it did not make a deep impression for more than one reason. The third wave of the smart mobile did not materialise. The introduction of the Sony and the iLiad in this year was awaited with much expectation. But have looked at it for more that half a year now, I remain at my first conclusion that the screen is absolute break-through, but the project needs a lot of development and marketing. Despite the fact that the iLiad can be compared to the iPod, the conditions software, price of documents and availability need a lot of improvement. Besides it needs the phenomenon of digital paper needs an industry champion. A re-launch should be considered by 2008 or as late as 2010. 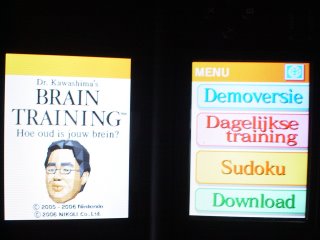 The subject of senior games surprised me. Of course in parts of the world a grey tsunami spreads rapidly. In my home country the grey tsunami is a reality. From 2010 onwards till 2038 we will age very fast as a population. In fact we will have more than 4 million people over 50+ out of the 16,5 million inhabitants. This generation has a lot of time and money at hand and are confronted with the challenges of the computer and internet. Despite the fact that a lot of content is available on internet, these people scout for games to keep their spirits limber. Nintendo understood the sign of the time and launched Dr Kawashima’s Brain Training. In the new year I will spend more time on this subject. In my opinion this is an underdeveloped area.

Normally I do not get into technical subjects. I studied theology and not bits and bytes. I only pretend to be able to translate technical opportunities to business opportunities. But when I read that Microsoft is attempting to introduce is own standard for photographs I was reminded of an assignment I performed for the European Commission on JPEG2000. It was a beautiful project with very competent people, but so far I do not see too much of the JPEG2000 standard in practice.

Video was a prediction for this year and what a reality did it become. The acquisition of YouTube by Google did confirm the trend. But the influence worked out bigger. It was not only video making an impact, but also video influencing the broadcast industry. Broadcast companies did not know how fast to get involved in video services; partly in order to protect their own business and copyrights, partly of the new user generated formats coming forward. And video started the trend of narrow-casting in venues and microcasting in shops, while also big screens become a trend with directory information, advertisements and interactive messaages.

In the coming year I will stay concentrated on content, content-related technologies and events on content. I am looking forward to the third edition of the World Summit Awards, which is already on its way. I look forward to the Europrix Top talent Awards (TTA) at the end of the year. In the Netherlands my partner Wim and I will be launching the sixth edition of the Europrix.nl as an exhibition of Dutch content products and partly as a pre-selection of the World Summit Award. Last year we had to call off the Europrix.nl due to a lack of entries; but we believe that the market has changed now. So we hope to reap some beautiful projects as a demonstration of the Dutch design and content.