Looking back and forwards (3)

Having looked at the stats it started to think about the movements in content in the past year. Of course video has made a real impression. So after years of online content at last video has arrived. 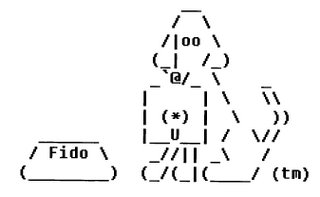 In fact it has been a long time since the beginning of online in the beginning of online in the seventies. At that time it was only letters and ciphers which made up text or numeric databases. It was only when someone played with letters and ciphers that some rudimentary graphics showed up. I still have the example of the opening screen of Fidonet.

In videotext it was also possible to put some graphics in, be it rudimentary. In car advertisements, square wheels were shown and in the messagerie rose square breasts were shown. All this was hardly exciting.

But by the mid eighties the transmission of photographs came into practice. Of course there were a lot of problems about the standards. But this solved itself and besides photographs, graphics (drawings and graphical representations of statistics) were generated and shown.

It was at the same time that I was asked about the transmission of sound. In 1980, during the Christmas holiday), I had heard Switched-on Bach on an Apple IIe. And that sound could be transmitted I could also believe, But it took till 1995 that it became normal for use on Internet.

Of course we saw movie clips coming up in the eighties as Philips tried a precursor of the DVD in CD-i. The movies had the size of a postage stamp. But when the video decoder was delivered the screen was filled entirely. It was after the mid nineties that DVD quality was not only delivered by offline CD-I equipment, but also through on-line. Now movies can be hired and viewed on a computer screen; the standards should be easier to apply, so that sound and image marry each other...

So as for the type of content we see a sequence from text to graphics, from photographs to online video in a time span of some 30 years. This year more video and photographic material can be expected as well as sound online. Digital photo cameras and digital movie cameras help to increase this type of content quantitatively.

We will see more broadcast video on the computer and more YouTube clips in 2007. In the meantime this IP video will have an influence on broadcasting. This will be changed as digital video alters the fixed-time broadcast channel into a video-on-demand service or an internet channel.

It is clear that the video trend on computer and internet is here to stay after 30 years. It should also give quite an impulse on computer produced video and animation.

BTW Up to now mankind has been able to serve the eyes and ears, but we should also be able to smell and taste digitally.