BPN 1396 E-readers in the pipeline

In the past weeks e-readers have been at the center of attention. Amazon.com has gone international with the sales of its e-reader, at last. And Barnes & Noble has introduced its e-reader with two screens. But now announcements are coming from different nooks (!): tire manufacturer Bridgestone, hardware/software manufacturer Creative Labs and consumer electronics manufacturer LG. In the meantime, Apple is still quiet about its iBook or iTablet. 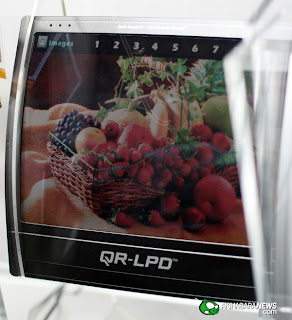 Yesterday at the first Grand Prix Formula 1 race in Abu Dabhi the name of Bridgestone as tire preferred manufacturer was all over the dazzling race circuit. But Bridgestone will stop with Formula 1 as it is changing its business direction. Part of this change was announced as Bridgestone is working on an e-reader with colour screen. The e-reader will have a 13,1 inch touch screen with 4096 colours grades and have a refreshing time of 0,8 seconds (as opposed to 15 seconds with E-Ink screens). Not only the screen, but also the substrate will be made of flexible material. There is no date of issue nor a set price or the names of any e-reader developers.

Also hopping on the bandwagon of e-readers is Creative Labs, the hardware/software manufacturer for music and graphics The company has shown a working model of its first e-book reader, tentatively named the MediaBook. The device reportedly has a touch screen, text-to-speech function, and an SD memory card slot. It will run on Creative's Zii System-On-Chip technology and will be Internet-enabled. It will run videos, pictures, text, and services in one device. Creative is talking to 10 international and local publishers to provide content for the MediaBook, with fiction, newspaper, magazines, education materials, and textbooks. No word on pricing and availability.

Another development has been shown by consumer electronics manufacturer LG. They have provided the e-reader with solar cells. Take your e-reader in the sun for four or five hours and you extend the battery life with one day. Again no word on pricing and availability.

But with the appearance of colour screens and high refreshment rates, it also means that the function of the e-reader will be widened. A colour coffee table book can be published for the e-reader. But with the fast refreshing rate also colour video clips can be shown. And will a book than still be a book or a newspaper a newspaper.? Or will we just have an all in one tablet for games, movies, books and newspaper?