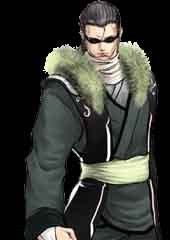 Gaming is a favourite pastime, also in The Netherlands. Dutch people from young to old spend 4 hours on gaming. In fact into total the Dutch spent 48 million hours a year gaming on mobiles, consoles, PCs and the web. Just the young people from 8 to 19 years spend 18 million hours, but when the group is broadened from 8 to 35 years the amount of hours is 30 million. People ranging from 35 years to senior age, account for another 18 million hours. This is the result of a survey by TNS NIPO among 5.000 respondents.

Gaming has become a favourite pastime as this computer activity is more popular than reading a newspaper, which accounts for 2,9 hours weekly. In the list of pastime, internet scores 7 hours, television 13 hours and radio 11 hours.

With this type of pastime advertising should b interesting. In 2007 30 million euro was spent on advertising which is small in comparison with 3 billion euro for television and 224 million for internet.

A remarkable fact in the survey on pastime is that 60 per cent of the games are being played on PCs and 51 per cent of these PC gamers solve puzzles. Other results are: 39 per cent play adventure and strategy games, 30 per cent is busy with brain training, 20 per cent are busy with shoot-them-up games and 14 per cent is playing online games.

The mobile phone or the iPod are hardly platforms used for gaming. Of the 4 hours gaming only 0,1 hour goes to mobile, wile 2,9 hours go to PC gaming and 0,9 hours to console gaming.

Viral worlds like Second Life and World of Warcraft do not attract many Dutch people as only 6 per cent of the PC gamers spent time in these worlds.