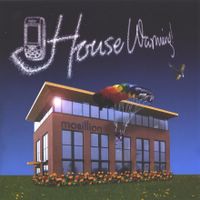 On I was one of the guests of Mobillion. The company celebrated its 5 years of existence and held a house-warming party, as they just had moved in another office building in , between and .

Mobillion is an interesting company. It started out as a company for mobile phone entertainment with ringtones, logo’s, chats and games. The company has De Telegraaf, a Dutch newspapers with the largest circulation, and SBS, a television company as shareholders. The management exists of Jan Looijenga and and since a few months also the multimedia veteran . I know from way back in the eighties when he was involved with Fred in cable videotext, a system working on tones from the fixed line telephone. They also were involved in Teletext services. Of course, people from that time were also present like Geert Kemme, probably the first new media lawyer in The Netherlands, and Floris Kolvenbach, whose company built an image and movie bank as first provider. Also present was Jan Bons, who designed a graphical tablet for videotex in 1981. Be it of a later generation, Suzanne Rakels, with whom I worked for the newsletter Telecombrief, also attended the house warming party. (It sounds stupid, but I forgot to take my photo camera along, so I cannot show pictures of the gang).

In a rather rumbling programme, the company presented its present state of art with services for youngsters like Sugababes, their cooperation in codes of conduct for mobile phone providers and their plans for the future. For this last item multimedia veteran Fred was asked. Since a few months he is responsible for broadband services in the company. Theo and he told the audience that Mobillion was linking up mobile with internet. This sounds curious of course as the company has always had a presence on the internet for its ringtones and logo’s with Mobilette. But the company had never actively developed internet services and certainly no broadband services.

But Fred had started out to make the mind shift in the company and fill it in with a concrete service. He gave a peep of the service they are about to launch. It is a interactive televison service for youngsters, based on the formats and technology of the Digital Magics Group in Milano. They launched on a morning show of channel Rai Uno, using the Mycast platform to allow viewers to call in with their video phone. And earlier they had developed for Telecom Italia’s broadband portal Rosso Alice, a community channel. It includes a 24-hour video chat community, with local 'heroes' broadcasting their own shows, but also offers eight hours of live television per day. During these programmes, those with a video-phone or webcam can interact with the TV hosts, sing songs, tell jokes, provide cinema reviews, etc. The caller’s video image is visible on screen, next to or behind the hosts, who sit in a Flash-produced digital studio. In a country like such a concept is interesting. There are almost 1 million plus owners of 3G mobile video-phones, so the show can also be followed on these phones as well on broadband.

Interactive television linked with internet is interesting. A lot of interactivity can be done by phone, but also by videophones or webcams. A similar TV format has gained popularity in . CultTV, the urban culture talk show on 5. Via the Cult website, viewers can post weblogs, request items or comment on them, chat with the show’s guests. Anyone with a webcam and broadband access can also involve themselves in preparing and co-hosting the live television show, as well as appear on screen. The CultTV website has video archives that show what it looks like. Part of the team that developed the CultTV format is Damien Marchi, whom I met as a young student in the last century when he was member of the jury of the European multimedia competition Europrix. Ever since he has moved into bleeding edge projects with the company Streampower of which he is part. He often gets invited to television conferences, like the EBU seminar on Cross Media in on November 16 and 17, 2005.