This week a report on the Dutch gaming market was published by the NVPI, the Dutch trade organisation for the entertainment industry (audio, video and games). The market figures date back to 2004, before the introductions of the portable Playstation, the Xbox and the new Nintendo. But the stats tell how the market in the Netherlands works.
The sales of games, regardless of pc or console games, rose in 2004 with 12 percent in revenue and 27 percent in volume. So more products have been sold but against a lower price. A game for a PC went down 17 percent and one paid 18,18 euro on average. The console game was down 11 percent and a player would be 40,34 euro poorer after the transaction. 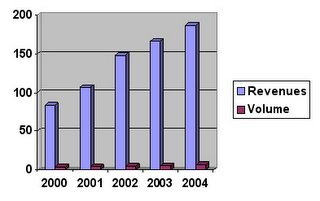 The most popular console game in 2004 was the new edition of the Grand Theft Auto San Andreas, with Need for Speed Underground following and the soccer game Fifa 2005 in third place. Killzone, produced by the Dutch company Guerilla was in eight place. The best PC games were The Sims 2, Half Life 2 and Battlefield Vietnam.

The majority of the Dutch players is between 30 and 49 years old (56%). The younger players between 12 and 29 years of age are good for 37%. In the range of grandpa and grandma there are still only a few fanatics with 8%; of course for the senior people there are no real games to keep their adrenalin flowing or to exercise their mind. As senior people are going to be a fast growing group in the Netherlands with a lot of time and money on their hands, there is a new development and investment area. (BTW I am 61 years, so part of the target group).