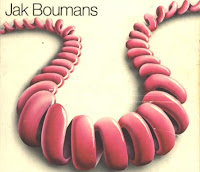 While the online industry was developing and coping with disruptive technologies like videotext and CD-ROM, a new online phenomenon was developing in academic circles. It started out in 1969, when the ARPA project was started by the US Department of Defence (DoD). It was the Cold War with a division between the two superpowers of the USA and Russia. In order to be able to keep a network alive after a potential bombing or worse nuclear bombing, a new network had to be designed, which would leave the not –hit network part operational. This required a new network protocol. By 1971 it lead to the packet switching telecom technology. It also yielded a new way of co-operation between the Department of Defence and the universities, which executes assignments for the DoD, and between the universities mutually. A number of networks came into existence, which were eventually based on a new series of protocols, TCP/IP (Transmission Control Protocol over Internet Protocol), developed by Bob Kahn and Vincent Cerf between 1972 and 1976. The protocols took care that networks could exchange electronic mail and information. By 1986 The DoD started talks to move the Internet over from the department to the National Science Foundation (NSF). The Internet as it existed in the USA became an interrelated network of networks which was expanding to universities and research centres in other countries. 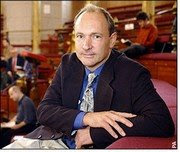 The network was mostly in use for e-mail, for file transfer (Ftp) and other facilities such as Usenet. However there was no overlay in the system which made it easy to jump from one function to another or from one server to another. This was for the Brit Tim Berners Lee, a researcher at the European Particle Physics Laboratory CERN in Geneva, the moment to start thinking about the World Wide Web in 1990. 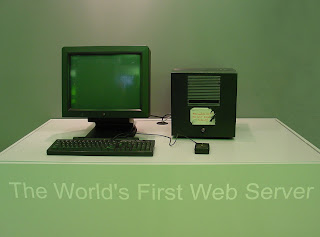 Tim Berners Lee defined the first web client and server in 1990 with specifications of web addresses (URL, Unique Resource Location), links (HTTP, Hyper Text Transfer Protocol) ) and the mark-up language (HTML, Hyper Text Mark-up Language); HTMP was based on the ISO standard 8879 of 1986 known as the Standard Generalised Mark-up Language). In 1991 he developed the first pages on a Next machines.

With this material browser-like products were produced such as Gopher, a distributed search and retrieval protocol. Important was the text menu. It was soon to be superseded by Mosaic, which was a user-friendly interface. This web browser took the computer world by storm and popularised the World Wide Web, soon to be followed up by Netscape Navigator.

The online industry with ASCII databases and videotext services were taken by surprise and had problems understanding the depth of the change. Internet expanded fast and the traditional online industry had no answer. Databases sprang up like mushrooms and coming from the academic world were available at no costs. Information providers of ASCII databases were able to convert their data to the HTML, and later to XML standard. Yet the pioneer host Dialog was sold off to the Canadian publisher Thomson. But the videotext services were hard to convert due to its page structure and the videotext information providers were left in the cold and only a few were able to cross over to internet. Yet a completely new industry with new players came up, all using the same protocol. The scientists could put their databases online, pre-publish their articles and universities could build up repository of the PhD theses and scientific articles. Business started sites and company promotions and online business became a new line of trade. And the tifosi of the bulletin board systems made the cross-over easily and started their own sites. The internet protocol gave any target group the opportunity to get online.