Sony has announced that it will introduce its reader PRS 505 with its digital paper screen in 2009 in The Netherlands.

The reader became available in the USA in 2006 and was introduced in the UK in September 2008 by Waterstone and has been introduced by the FNAC bookshop in France. The introduction will not go unnoticed a Sony representative said. 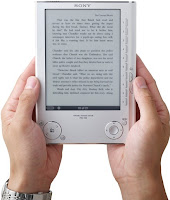 First reactions to the announcement are not hopeful, saying that the introduction is too little, too late and that Sony has already been overtaken left and right. The Netherlands is of course a difficult country for e-readers. First of all there is a certain nationalistic feeling with the iLiad e-reader and recently the Digital E-reader1000 by iRex Technologies, a spin-off from Philips. But the iLiad wifi version and book version are more expensive than the Sony PRS505 (299,00 euro in France). Besides other e-readers like Cybooks and Hanlins have already creamed off the initial market of interested e-reader users. 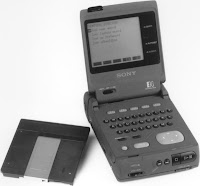 On the other hand, the introduction will be a memorable one, as it will be 15 years ago in 2009 that Sony introduced an e-reader for the first time in The Netherlands in March 1994 with a large newspaper ad. The Sony EB e-reader was introduced after thorough preparations. An Netherlands Electronic Book Committee had been set up, consisting of publishers and system integrators as well as the Sony marketing department. The EB version had an e-reader with a black and white screen; it had a mini-disc as book. It was not exactly a device to put in your pocket given the dimensions (17x10x4 cm) and its weight (450 grams). A few books were prepared for the launch such as a hotel guide and a dictionary. The introduction bundle consisted of the e-reader and two e-books at a price of 1250 Dutch guilders (roughly 550 euro). The introduction failed and by 1995 the whole project was over, despite the lighter and smaller e-readers. The conclusion was that the e-reader was too heavy, the black/white screen too heavy on the eyes and the bundle too expensive. Of course, there were still too many e-sniffers around. What still is left is harvest of 15 titles had been produced over the period, mostly reference works like hotel guides. dictionaries, spelling books and a proverb book.