On November 5, 2008, the Computer Museum in Mountain View (Ca.) celebrated the 40th anniversary of the laptop. In 1968 the researcher Alan Kay of Xerox PARC developed Dynabook. The Dynabook was never built, but the design formed the start of the laptops, tablet PCs and Ultra Mobile PCs (UMPC), while e-readers form a subset of the Dynabook. 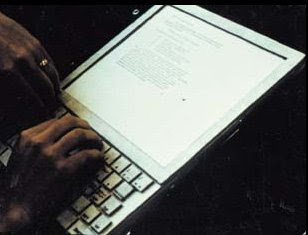 A mock-up of Dynabook.

The first real laptops came onto the market from the eighties onwards. I have been a fan of laptops from the beginning. My museum collection contains a few artefacts. My Zenith Model 100 of 1983 (still working and now 25 years old!) was the closest to the Dynabook design, as it contained a keyboard with a fixed screen of 8 rules. Later all laptops separated the screen from the keyboard. 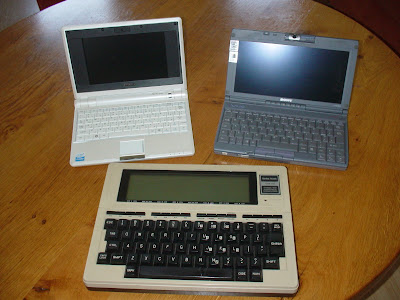 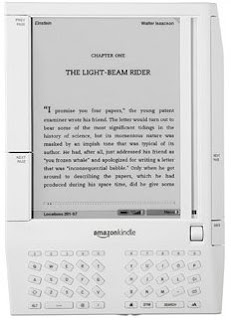 Interesting is the fact that the latest designs of the e-readers like the iRex DR 1000 and PlasticLogic are like the reading pane Alan Kay designed. Yet he attributed more PC functions to Dynabook; the Kindle would get closer. 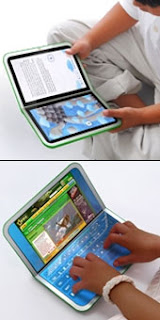