Lebanon: nipped in the bud again

The war between Israel and Lebanon now dominates the headlines. The small country of Lebanon is being upset, just when it started to get its act together, also its act in the field of computing and the content industry. I had the privilege to visit the country in 2004, being invited as guest of the Lebanese Personal Computer Association. 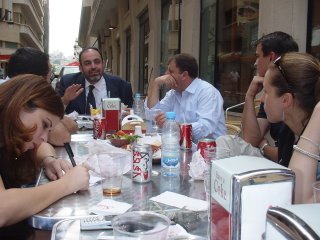 Contact man on the ground was Gaby Deek (Photograph: man at the head of the table). I had learned to know him as a Grand Jury member of the World Summit Award in Dubai. Gaby is an outspoken man full of enthusiasm, who is working for a Lebanese computing company and active in the small, but bustling computing industry. 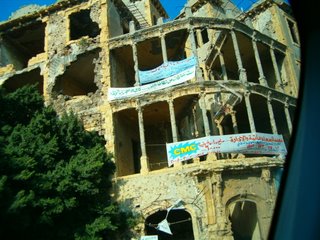 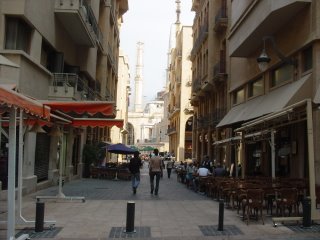 Photographs: silent witnesses to the former war and the rebuilt center of Beirut

In the framework of the annual computer show Termium 2004, the World Summit Award was asked to be present with it roadshow, offering its forty award winning applications in the field of content. It was a busy exhibition with a gala. It is unbelievable that a country with almost 4 million inhabitants did find the resilience to bounce back after the last war and built up a new industry. 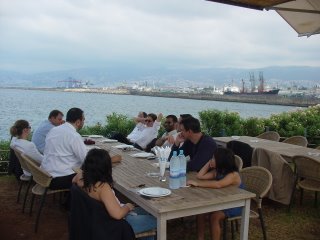 Of course there was some time to look around the beautiful country side and the bubbling city of Beirut; but you could not miss the silent witnesses of the last war. (Photograph: lunch in the port of Beirut)

The roadshow in 2004 had effect. In the second instalment of the WSA in 2005 Lebanon partook in the competition with entries. It was also part of the Arab eContent Award and in fact had four content products selected in the categories e-Health with Mobimed, e-Entertainment with LBC WebTV, e-Inclusion with Bassma and e-Business with Skileb.com.

With this war going on, the country will be thrown back again, I guess, and will have to rebuild the infrastructure. The fragile mobile and fixed telephone net will have to be reconstructed and the computers in schools will have to be replaced. It is a real pity, as the beautiful country was just getting around again to establish a normal routine of life. .

The WSA network has been contacting Gaby to see how he and family were doing. We hope for them that this outrageous war will be over soon.