Newspapers started in 1960 and 1970 with digitisation. The New York Times was an early adaptor, preparing straight away an archive, which it made available to the professional world first through its own channel and from 1979 through the Nexis service. But all this had nothing to do with the main newspaper product: the daily.

The electronic files of digital newspapers have been in development since videotext, but did seriously pick up since the introduction of internet. Knight Ridder was one of the first companies to pick up on videotext newspapers, forming Knight Ridder Viewdata Corp. in 1979. Yet after 25 years not one newspaper company has really found a formula optimising the opportunities of 24/7 news reporting, national or regional impact and citizens’ journalism. File distribution through internet has become a matter of fact. Many national and regional newspapers make use of PDFs to distribute the facsimile of the newspaper; in fact a supra-national distribution of digital newspapers through PDFs ready for printing is in place with NewspaperDirect with 370 newspapers from 66 countries in 38 languages. 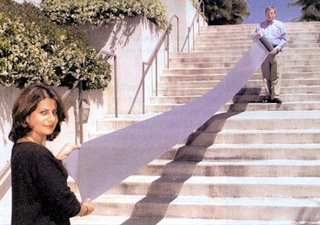 The other direction was the translation of paper to digital paper. Ideas about such a concept were floating around in 1980s. There were two directions: digital paper and the electronic tablet. By 1992 Knight Ridder established the Information Design Lab, led by Roger Fidler, who became famous for the Electronic Tablet. But the digital paper got some real body when Xerox researchers at the Palo Alto Research Center (PARC) in California succeeded in developing digital paper in 2000. "Gyricon" is as close to a hybrid as you can get: it feels like paper, handles like a newspaper page - and is nevertheless an electronic display. The combination of digital paper and the tablet looks like a winning concept.