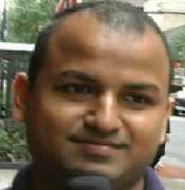 It had not escaped my attention, but this news item was on the pile. Rafat Ali’s company ContentNext with imprints as PaidContent, MocoNews and ContentSutra received its first funding for under 1 million US dollars from Greycroft Partners’ Investment. That is good news for Rafat and for the blogging world.

I met Rafat twice on his trips around the world. In 2004 he spoke in Stuttgart (Germany and later that year in Tampere (Finland). But from his early days starting PaidContent I have been in contact with him. He moved from London to the States as he fell in love.

He started up his blog PaidContent in 2002, I guess. It was at a time when the internet market was in a dip; besides content was free text or a portal. In that time he started to write about paid content, advertisements, mergers and acquisitions and people moving. His blogs were international at that time, but have become more limited to the US, loosing amongst others the European focus. On the other hand he had the courage to start up the ContentSutra in India. But with the funding he has money to create new opportunities. In a video interview with Beet TV, he indicated that he will start spinning out his formula of blogs, reports and social mixers. I am sure we will be hearing from him.

The funding did not go unnoticed. The Wall Street Journal wrote in a comment: “The financing, though small in comparison with most Web deals, is one of several in recent weeks that indicate optimism on the part of early-stage investors in the viability of blogs as an outlet for journalism, rather than the gossip and personal opinion that characterizes much of the medium." Cynthia Brumfield, IPDemocracy, comments: "So this development answers, in part, the perennial question about whether there is money in blogging. But it's not an answer that many people want to hear -- yes, there is money in blogging, but for most people it takes years and hard work to see the dough." But Jeff Jarvis commented: "My Entertainment Weekly went through $200 million before breaking even (not my fault); now it's a $300 million a year franchise. Weblog companies won't make that much but they don't need that much to be successful. After all, small is the new big."

Before I forget: Congratulations Rafat!