The category Offline/Interactive DVD contains classic and future multimedia projects with a strong emphasis on telling a story in an emotional, expressive and media rich way.

Auschwitz on Stage. When Peter Weiss staged his scenic documentation of the Frankfurt Auschwitz trial in theatres across East and West Germany in 1965, controversy concerning how best to deal with the legacy of National Socialism raged between the two states of a country divided. With historical video, audio, facsimile and text material, the DVD-ROM presents the giant media debate which ensued. Examining details of photographic or facsimile documents by means of an enlarging function enables the user to dig deeper and deeper into the debate, affording the feeling of exploring an archive. The DVBD-Video shows the dramatic readings of the war-crime trials, and includes biographical film material of the actors and the defendants they portray. Offering a diversity of media and pedagogic resources, this DVD duo is designed to be used in schools, universities and adult education. 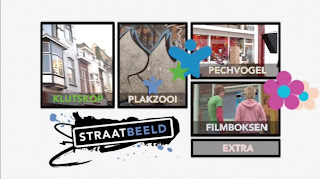 Images of the Street. In a world in which we are constantly bombarded with graphics, this interactive DVD teaching kit aims at providing 10-12 year olds with the skills to deal with signs, symbols, fonts and image syntax. Using the ‘street’ as a theme Images of the Street is organised into four sub-topics, each consisting of comic-strip style film and pedagogical info-graphics, creating a clear distinction between ‘introduction’ and ‘learning’. With the additional aid of a manual and worksheets, children are involved in a process that invites them to explore the world of graphic design by engaging in viewing, discussion, and ‘hands-on’ assignments.

Vilnius – The Capital of Lithuania. Commissioned by the Vilnius Tourist Information Centre, this animated CD-ROM takes the user on an informative flight simulation through the historic Lithuanian capital. With 3D graphics and authentic visualisations, the tourist is presented with the city’s highlights at the click of a mouse button. Interesting facts and figures, historical timelines and local legend combine with practical information on sights, transport and cultural events. ensuing visitor a busy and diverse schedule. A comprehensive video and image gallery and constantly updated events calendar offer a preview of the many gems this exiting eastern city has to offer.