The flight to Dubai was late and the chairs in the Oman Airways plane were horrible; a bobble in the neck made sitting very uncomfortable. Besides the plane was fully loaded. But despite the delay we were only 10 minutes late on the ride of an hour and 10 minutes. The airport was like I remembered from 2003 when the first Grand Jury was held in Dubai, sponsored by the UAE. Flying dishes with blue and red light and gas torches along the central corridor. But I suspect that they built more than a kilometre new gates which range now from 101 to 250. In 2003 a visum was taken care off by the organisation. Now it was not clear whether I needed a visum or not. Eventually it turned out that I did not need one for the two days in Dubai. 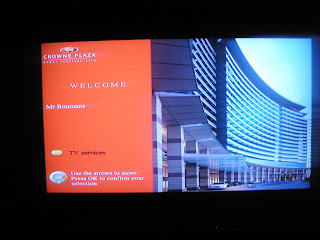 At the exit of the airport it was unbelievably busy. Taxis drove on and off and I was whisked away to the Crown Plaza Festival City hotel. I got an upgrade from the requested room as they were all taken. Entering the room I could not believe my eyes. I looked at towards the city and all skyscapers and the lights. It is a breathtaking sight. The hotel is at the central river through Dubai. It delivers spectacular sights. I can not wait to see the view tomorrow by daylight. 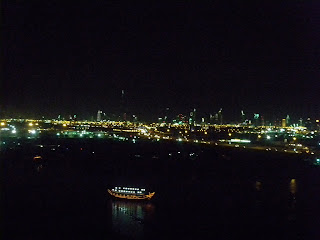 This was the way the view developed over the day. 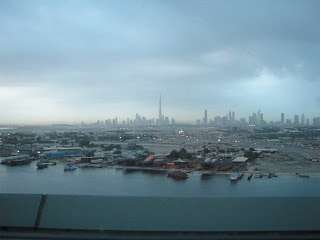 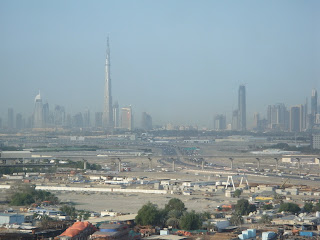 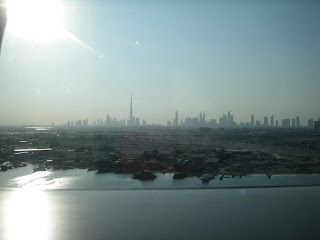 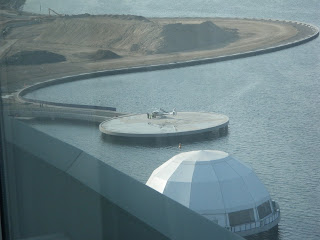 Work started early for some people, but at least they could take the helicopter to work.