In the category Games the jury is looking for pulsating contents with high speed interactions, highly involving and giving rush to users. 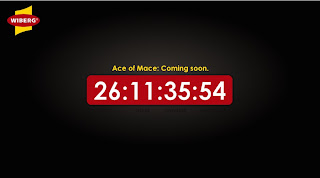 Ace of Mace. Developed to entice potential customers to Austrian spice company WIBERG, Ace of Mace is an online game comprising the latest Flash technology. To the fluid melody of atmospheric background music, the classic game of dexterity loads with an HD image of a progressively ripening chilli pepper. The screen then changes to a grinder filling with peppercorns, resolving to the game itself where an empty glass is revealed. Panning to the left, the user is presented with a small, round mace – to the uninitiated a nutmeg case – and a human hand. A small movement of the mouse orientates the hand and mobilise a finger to flip the mace along the shelf and into the glass. First flip lucky! The hand gives and encountering victory sign and we progress to the next level.

Everlast: Prince Alec and the Black Dragon. Set in the fictional kingdom of Everlast, this light-hearted 30 platform action-adventure game is made as a stand-alone application for Apple Mac. The player takes on the role of Prince Alec, protagonist and courageous hero, whose valiant mission it is to rescue his princess bride from a mighty dragon. In order to accomplish his mission, Prince Alec must travel across 5 levels through the fairytale kingdom, overcoming challenges and obstacles, solving puzzles and fending off enemies. The 20 characters plying in a 3D environment lend an air of handmade nostalgia to the game, as does the use of simple keyboard commands. This game will provide hours of fun for the young and the young-at-heart.

Ratmania. A remote Siberian laboratory. Two mad scientists. Dozen of fellow rats and a labyrinth full of tricky tasks. Will you be able to escape the evil clutches of Dr. Nikolai Krajaczek to return the Rattus Interstellaurus Empire, initiating the final the final stand and destroying the last remaining humans to advance to new rat world order? With a strong emphasis on puzzle solving, Ratmania is an exciting 3D Jump ‘N Run Platform game. Not only does it offer a diversity of game play, but also a highly involved introductory storyboard of comic-strip style films. In solving a roller-coaster ride of logic problems, the player is fully immersed in a world on the brink of human annihilation.